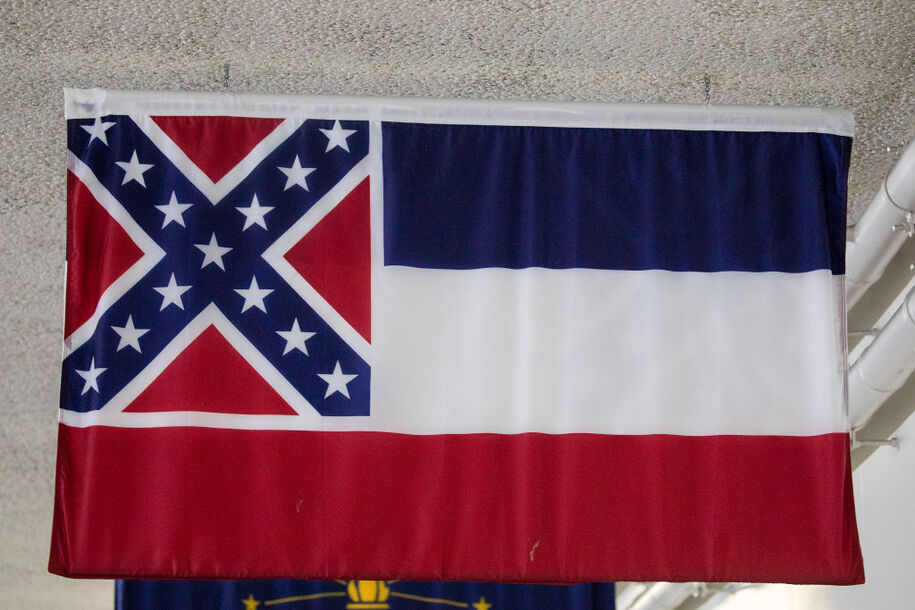 Tennessee, of all places, appears to have acknowledged what Black and brown folks have long seen clearly: the Confederate flag is nothing more than a pure symbol of racism.

Fast forward to last Friday, when the Tennessee court of criminal appeals granted a new trial for a Black man convicted while sitting in a courtroom adorned with Confederate symbols—including a Confederate flag and a portrait of Jefferson Davis—an infamous slaveholder and the president of the Confederate States, who once said in a speech in 1860 that slavery was “a form of civil government for those who by their nature are not fit to govern themselves,” adding “We recognize the fact of the inferiority stamped upon that race by the Creator, and from cradle to grave, our government, as a civil institution, marks that inferiority.”

The 31-page decision, which reversed a 2020 lower court ruling that denied Tim Gilbert’s request for a new trial, cited the power of the racist symbols and what they conveyed about the rule of law.

“The flag displayed in the jury room is no different,” the court ruled. “Its original purpose was to ‘knit the loyalty’ of those in the Confederate states ‘to a flag’ that conveyed the political ideals of the Confederacy.”

Gilbert, 56, was arrested in 2018, then later convicted and sentenced by an all-white jury to six years in prison on charges of aggravated assault, reckless endangerment, unlawful possession of a weapon by a convicted felon, and resisting arrest.

“One way of going about that is making sure you have more diverse juries,” Valena Beety, a law professor and deputy director of the Academy for Justice at Arizona State University, told The New York Times. “But this seems like another way, where you’re really looking at the influence of this memorabilia that you’re surrounded by the whole time you’re deliberating on this case.”

She added, “Symbols can allow us to be complacent or at ease with our own bias instead of challenging it, recognizing it, and actually thinking about it.”

Gilbert’s attorney, Evan Baddour, appealed the conviction, arguing that his client deserved a right to a fair trial and that his equity was violated as the jury deliberating his fate was being “exposed” to “improper influence.”

“‘The symbols on that wall do nothing but embolden’ jurors to act on racial animus,” his lawyers argued.

The decision says that both juries deliberated in the “U.D.C. Room,” a room inside Giles County Courthouse named for the United Daughters of the Confederacy.

The “slavery and the subjugation of Black people are inextricably intertwined with the Confederacy,” Judge Curwood Witt Jr., who wrote the decision, said. Adding: “Those ideas “are antithetical to the American system of jurisprudence and cannot be tolerated.”

The decision adds that having a room “festooned with Confederate memorabilia and maintained by the U.D.C. implied that the court ‘subscribes to the confederate principles’ and that, to many, ‘the confederacy and racism go hand in hand.’”

Prosecutors argued that Gilbert should have raised the issue before the jury was seated and that he was acquitted in the same room in a previous case. But the court of appeals denied the argument and challenged prosecutors to prove that the U.D.C. Room was innocuous, which they were unable to do.

“If a fairly conservative court in Tennessee can say that, maybe that’s a sign of hopefulness for our country that we’re moving in the right way,” attorney Jonathan Harwell, who helped the Tennessee Association of Criminal Defense Lawyers back Gilbert’s case for appeal told The Washington Post.

Harwell gave credit to Baddour, Gilbert’s attorney, for calling out the significance of the racist symbols in the room.

“The truth is, dozens, if not hundreds, of other attorneys have been in that courthouse, have seen that jury room, and either it didn’t strike them as problematic, or they weren’t willing to take the stand that he was willing to take,” Harwell told the Post.

It’s not clear how the United Daughters of the Confederacy, a private group and descendants of Confederate soldiers came to take ownership of the room.

The Tennessee Court of Criminal Appeals on Friday ordered a new trial for Tim Gilbert because his jury deliberated in a room in the Giles County Courthouse maintained by the United Daughters of the Confederacy and adorned with Confederate memorabilia. https://t.co/KfnHO0gXNR

But in the end, let’s face it. Aside from men in robes and hoods, nothing screams racism more than the Confederate flag and a portrait of the loathsome Davis himself. It’s time we take down these relics of the country’s sour history and place them where they belong: in a museum dedicated to the history of America. Because, like it or not, these are symbols of the tragic and bloodstained history of this nation.