Food insecurity, price gauging have long been issues on Native reservations. COVID-19 made it worse 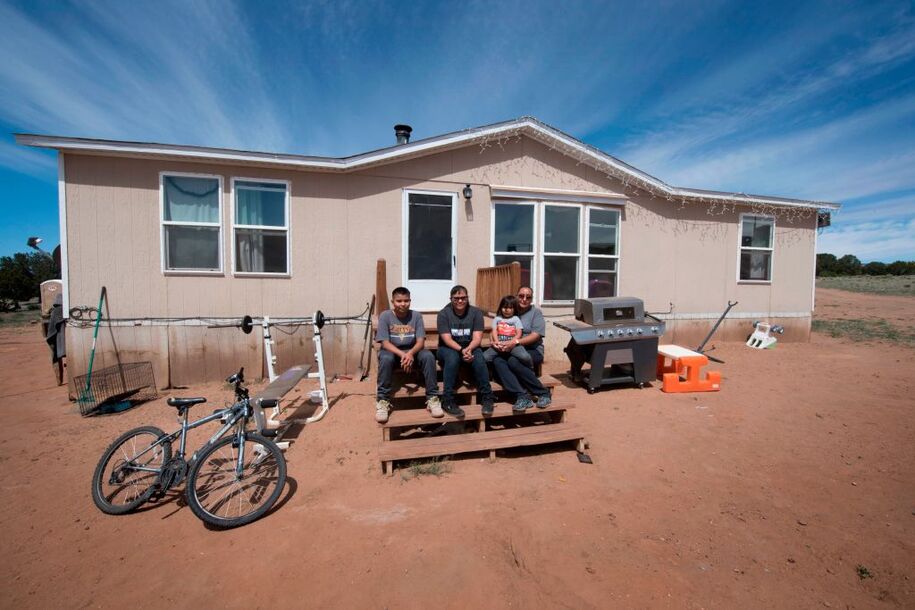 Not surprisingly, for people who live on Native reservations in the U.S.—similarly to those who live in low-income neighborhoods—access to grocery stores can be either severely limited or astronomically expensive.

Reservations are widely known to be food apartheids, meaning areas that lack fresh fruit, vegetables or healthy whole foods. These areas are commonly chock full of small overpriced convenience stores that sell an abundance of snacks and soda, but since many American Indian and Alaska Native Tribal areas have low population densities and high poverty rates, large grocers typically do not establish a presence in these areas—leaving people to drive hours to get to larger, more affordable grocery stores.

A quick and dirty history of food on the reservations: In the 1800s, after various tribes were brutally forced off their native land and onto the reservations, “Indian agents”—aka white men employed by the government—were legally obligated to distribute food and farming supplies to Indigenous people to enable them to be self-sustaining. That never happened. It’s called systemic racism, and just as it impacts Black and brown Americans, the toll on Indigenous Americans has been back-breaking.

Maree Mahkewa, 22, lives on the Hopi reservation in northern Arizona. She tells tells Teen Vogue that although there are small convenience stores on the reservation, they’re extremely expensive and not well-stocked with groceries. The Hope reservation is home to around 9,300 people, but the closest grocery store is over an hour and a half away.

The Navajo Nation reservation spreads across nearly 16 million acres and 27,000 square miles, extending into Arizona, New Mexico, and Utah. Shondiin Mayo, 22 says in the summers she spent with her grandmother there, she well remembers the hours-long trips to the grocery store. The region has just 13 grocery stores for the nearly 300,000 people living on the reservation.

Although things on the reservation have a long history of being inequitable, the pandemic has made food insecurity and price gauging even worse.

During the COVID-19 pandemic, a group of Indigenous young people turned to TikTok to show the world the inflated cost their communities face when shopping at grocery stores nearby. One video from Shina Nova, a member of Canada’s First Nations tribe, shows images of a $14 carton of strawberries, $11 for peanut butter, $16 for a bottle of Heinz ketchup, and $28 for a bag of grapes.

But the issue of overpriced food is equally as prevalent in the U.S. and has been at crisis levels long before the pandemic.

Dawn Gomez is a member of the Hoh Tribe. The tribe has over 300 citizens and sits by the Hoh River on Washington’s Olympic Peninsula near Olympic National Park. Gomez tells Crosscut she’s forced to drive hours to the nearest Walmart for food because the cost of the local grocery store is twice the cost for produce.

“The creation of reservations as [places for] consumers to be exploited is in itself the cumulation of all kinds of historical policies. If you have people buying beef at $20 a pound at their own reservation grocery store, that is a result of long-standing policies that now result in exploitation of the community for something as basic as eating,” A-dae Briones, director of programs for Native agriculture and food systems at the First Nations Development Institute, tells Teen Vogue.

According to Navajo Times, Native American shoppers pay $7.51 more for the “very same basket of food items” compared to consumers nationally. Statistically, Native American families “are 400% more likely than other U.S. households to report not having enough to eat, largely as a result of living in remote, isolated locations where food supplies and jobs are scarce,” Partnership with Native Americans reported in 2017.

“We’ve seen an increased reliance on the federal nutrition programs,” Carly Griffith Hotvedt, a citizen of the Cherokee Nation and the director of tribal enterprise at the University of Arkansas’ Indigenous Food and Agriculture Initiative, tells Popular Science. She adds: “Nationwide, the increase looks like about 10 percent, but in some areas, she says, the increase is more like 50 percent.”

Valarie Blue Bird Jernigan, a citizen of the Choctaw Nation and the executive director of Oklahoma State University’s Center for Indigenous Health Research and Policy, offers a few solutions she believes could help empower Native communities.

She offers the idea of mobile grocery stores that could bring fresh produce to communities, as well as federal nutritional programs that supply more fresh food. Additionally, she suggests more support for local farmers on the reservation to move toward a more sustainable model.

“There’s this perception that sovereignty makes us able to do whatever we want with our land,” Blue Bird Jernigan tells Popular Science. But that’s not the reality.

“When it comes to food security systems in Indian Country, from a historical context, it’s important to understand that food policy has been used as a method of control,” Hotvedt tells Popular Science.

“I think for most people, COVID-19 has been an alarm signaling what Native people have known all along,” Blue Bird Jernigan says. “That our lifestyle is unsustainable, and we have to make changes focused on long-term, sustainable thinking.”