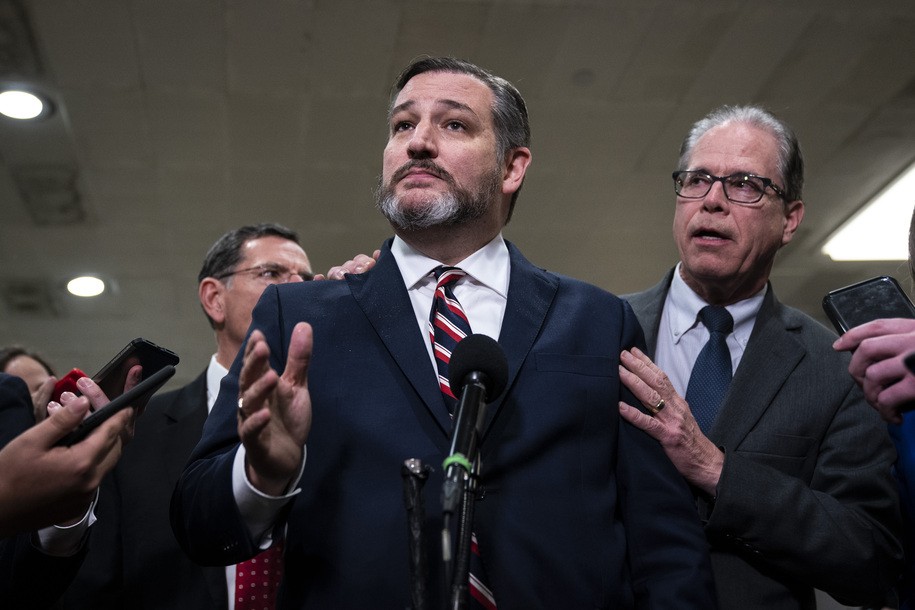 It’s a pretty simple concept: “What goes on the internet stays on the internet.” Yet Republicans just can’t seem to get that through their heads. In another failed Republican attempt to blast Democrats, Texas Sen. Ted Cruz went on a stupid rant only to delete his tweet due to its inaccuracy.

But what was so embarrassing that stuck-up Cruz had to admit to himself he made a mistake? It was that Cruz—a U.S. senator—mixed up Western Australia with Washington State. This mishap might even beat his embarrassing haircut from earlier in the pandemic.

Since @tedcruz deleted this, I’ll post as a reminder to all of us to DO YOUR RESEARCH before posting misinformation. WA means “Western Australia” not Washington state. pic.twitter.com/jnZ2On7p9k

While mistakes happen and I’m sure it’s easy to mix up abbreviations if they are the same, one should be smart enough to do their research before attempting to criticize a comment publicly. Cruz might’ve thought he was slick enough to delete his tweet when he realized his mistake, but the internet is ruthless and screenshots were captured.

I mean, did he really think he could wrongly criticize Democrats and get away with it? Twitter users quickly not only pointed out his mistake, but commented on how Americans like him think everything revolves around them.

His rant followed a post from Western Australia’s government—a state in Australia that’s abbreviated “WA”—in which COVID-19 regulations were noted, including the prohibition of dancing on New Year’s Eve. In a comment thread on Facebook, the WA government responded to a question by saying: “Dancing is strictly not permitted.”

The tweet attempting to ridicule Democrats quickly went viral, but of course, not for the reason that Cruz hoped for.

Here are some reactions:

The “WA government” here is Western Australia. Not everything revolves around the US all the time. pic.twitter.com/9kY3ovZ9Y5

Witness the idiocracy for yourself. This…”leader” confuses Western Australia for Washington State. Like he confused Texas for Cancun. https://t.co/HhMiDx1iFW

Does he blame this on his staff or kids this time? https://t.co/5Dg9db5ohN

Happy to send Cruz to Western Australia to straighten out any blue state democrats there. He is not a smart individual. https://t.co/zSPUq5lAKt

Do you think Western Australia is part of the United States, Rafael?

Georgia State University law professor Anthony Michael Kreis tweeted: “Me, like Ted Cruz, I’m upset that I can’t dance in Western Australia because I wanted to go clubbing in Perth. “

But of course, Republicans seem to have each other’s back even in such stupid situations.

“What should scare you is the fact that it seems plausible that a state like Washington would ban dancing on New Years Day, and if it did, there would be journalists defending it,” conservative candidate for Congress Robby Starbuck from Tennessee said.

Sure, it’s easy to confuse which WA is being spoken about in conversation, but a simple Google search or click on the Facebook page of the posting account could have solved that problem. So Cruz really was careless to post his tweet.

I mean, a quick Google search of “WA COVID-19 regulations” yields a link with the regulations from the government of Western Australia.

“Certain high-risk music events are not permitted as dancing is banned and seated food and beverage consumption requirements are in place as part of public health and social measures.

Any gathering of more than 500 patrons (whether in public of private) that involves the playing of recorded music or live performances involving singing or dancing for the purposes of entertainment is not permitted. In addition, certain specific music events are not permitted.”

Let’s take this as a lesson to always do your homework. Remember, assumptions make an ass out of you.