Adhara Pérez, 10, has a higher IQ than Einstein and Hawking. She has her sights set on NASA 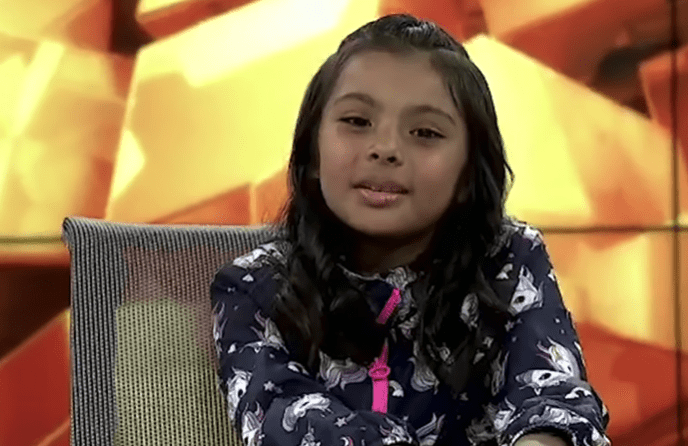 Adhara Pérez started her life out by being bullied. At around 3, doctors told her mother she was on the autism spectrum, making life at school for the now-10-year-old a nightmare.

Kids called her “weirdo,” and “oddball,” and her teachers said she fell asleep in class and acted as if she didn’t want to be there. The little girl fell into a deep depression. But Pérez’s mother knew her daughter was special.

“At home, I saw that she knew the periodic table of elements and she knew algebra. I think she felt bored,” Pérez’s mother Nalley Sánchez tells Infobae.

Sánchez decided to take her daughter to therapy, and it wasn’t long before the psychiatrist recommended Pérez go to the Center for Attention to Talent (CEDAT), a school for gifted children.

Sánchez quickly learned that her daughter wasn’t simply gifted, she was a certifiable genius with an IQ of 162—higher than Albert Einstein and Stephen Hawking.

The Sánchez family comes from Tláhuac, Mexico, one of the 16 boroughs into which Mexico City is divided. It’s one of the poorest in the city.

When she was just 5, Pérez finished elementary school. At 6 she finished middle school, and at 8 she finished high school. Today, she’s studying two careers online—Industrial engineering in mathematics at UNITEC and systems engineering at CNCI. The University of Arizona has offered her a scholarship.

Pérez was invited to study there personally by the university’s president, Robert C. Robbins, who sent her a letter with the news. “I was thrilled to read about your incredible story online and to find out that your dream school is the University of Arizona,” Robbins said in his letter. “We have many outstanding space sciences programs, you would have many opportunities to work side by side with the world’s leading experts … You have a bright future ahead of you, and I hope to welcome you on campus one day as a Wildcat.”

However, with the challenges of the U.S. visa, she hasn’t been able to go.

Forbes magazine named Pérez one of the 100 powerful women of Mexico, and she recently authored a memoir titled Don’t Give Up.

“The most difficult thing was breaking the stereotype that children with autism cannot and are incapable of achieving things,” Sánchez told The Mazatlan Post.

Pérez says her dream is to work at NASA. “I want to go to space to colonize Mars,” she told Infobae.

She has even made a keynote presentation at her school on black holes at an event organized by the Institute of Art and Culture in Tijuana.

“If you don’t like where you are, imagine where you want to be, I see myself at NASA, so it’s worth a try” the prodigy wrote on her Instagram page.