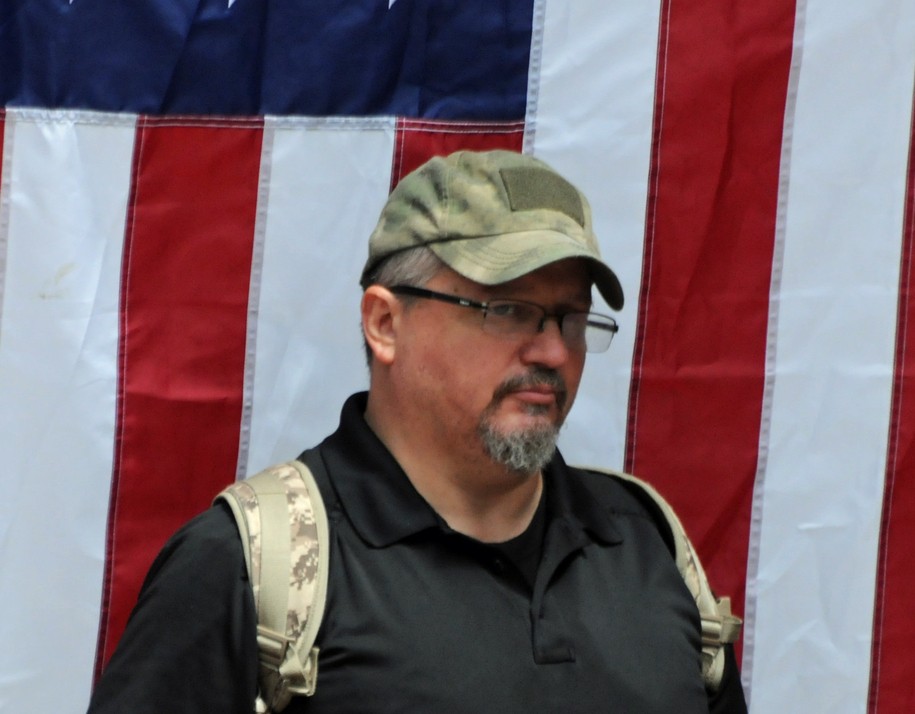 Federal prosecutors have been circling around Oath Keepers founder Stewart Rhodes for the better part of the year since the Jan. 6 Capitol insurrection, and today—one week after the anniversary—they finally pounced: Rhodes was arrested by the FBI and charged, along with 10 of his cohorts (nearly all of whom are already in prison) with seditious conspiracy.

The indictment says that Rhodes and his fellow Oath Keepers organized a wide-ranging plot—involving weapons, communications, tactical logistics, and the embedded belief that Donald Trump could invoke the Insurrection Act to suspend the certification of Joe Biden’s Electoral College victory—to storm the Capitol to prevent those votes from being counted. Among the crimes allegedly committed: seditious conspiracy, conspiracy to obstruct an official proceeding, and destruction of government property.

The case will mark the first time the Justice Department has charged anyone with seditious conspiracy—which upon conviction can bring a sentence of up to 20 years—in the Jan. 6 prosecutions. Nine of the Oath Keepers named in the indictment are already in prison and awaiting trial this summer, charged with conspiracy in the same lesser counts. The only new person added to the indictment is Edward Vallejo, 63, of Phoenix, Arizona.

The Oath Keepers’ prominent role in the insurrection—particularly the organized “stack” formation they employed to move up the Capitol steps and then lead the assault that overwhelmed police barriers—has been well established. However, Rhodes has consistently claimed that there was no conspiracy to invade the Capitol, and that the members of his organization who did so had simply gone “off mission.”

“If we actually intended to take over the Capitol, we’d have taken it, and we’d have brought guns,” Rhodes said. “That’s not why we were there that day. We were there to protect Trump supporters from antifa.”

However, as the New York Times notes, at least four of the Oath Keepers who have been cooperating with government investigators “have sworn in court papers that the group intended to breach the building with the goal of obstructing the final certification of the Electoral College vote.”

The DOJ issued a statement listing all of the conspirators and outlining the case:

In addition to Rhodes and Vallejo, those named in the indictment include nine previously charged defendants: Thomas Caldwell, 67, of Berryville, Virginia; Joseph Hackett, 51, of Sarasota, Florida; Kenneth Harrelson, 41, of Titusville, Florida; Joshua James, 34, of Arab, Alabama; Kelly Meggs, 52, of Dunnellon, Florida; Roberto Minuta, 37, of Prosper, Texas; David Moerschel, 44, of Punta Gorda, Florida; Brian Ulrich, 44, of Guyton, Georgia and Jessica Watkins, 39, of Woodstock, Ohio. In addition to the earlier charges filed against them, they now face additional counts for seditious conspiracy and other offenses.

Eight other individuals affiliated with the Oath Keepers, all previously charged in the investigation, remain as defendants in two related cases. All defendants—except Rhodes and Vallejo—previously were charged in a superseding indictment. The superseding indictment has now effectively been split into three parts: the 11-defendant seditious conspiracy case, a seven-defendant original case, and a third case against one of the previously charged defendants.

The Oath Keepers conspiracy, as we already knew from previous indictments, was wide-ranging and thorough, and also involved coordination with elements of the Proud Boys, whose leaders face their own, separate, conspiracy trial.  The DOJ reviewed its broad scope in its statement:

Beginning in late December 2020, via encrypted and private communications applications, Rhodes and various co-conspirators coordinated and planned to travel to Washington, D.C., on or around Jan. 6, 2021, the date of the certification of the electoral college vote, the indictment alleges. Rhodes and several co-conspirators made plans to bring weapons to the area to support the operation. The co-conspirators then traveled across the country to the Washington, D.C., metropolitan area in early January 2021.

According to the seditious conspiracy indictment, the defendants conspired through a variety of manners and means, including: organizing into teams that were prepared and willing to use force and to transport firearms and ammunition into Washington, D.C.; recruiting members and affiliates to participate in the conspiracy; organizing trainings to teach and learn paramilitary combat tactics; bringing and contributing paramilitary gear, weapons and supplies—including knives, batons, camouflaged combat uniforms, tactical vests with plates, helmets, eye protection and radio equipment—to the Capitol grounds; breaching and attempting to take control of the Capitol grounds and building on Jan. 6, 2021, in an effort to prevent, hinder and delay the certification of the electoral college vote; using force against law enforcement officers while inside the Capitol on Jan. 6, 2021; continuing to plot, after Jan. 6, 2021, to oppose by force the lawful transfer of presidential power, and using websites, social media, text messaging and encrypted messaging applications to communicate with co-conspirators and others.

An earlier court filing asserted that, on the day of the siege, Rhodes exchanged a 97-second phone call with Meggs. At the time, Meggs was with Jessica Watkins, the Ohio-based Oath Keeper who helped lead the paramilitary “stack” formation of her cohorts in their attack on police barricades. The call took place at 2:32 PM, prosecutors say, “as, Meggs, Watkins, and the rest of the stack embedded themselves at east side Capitol building double doors.”

Shortly afterward, at 2:41 PM, the Oath Keepers “stack” led by Meggs and Watkins forcibly entered the Capitol, pushing past police and causing severe damage to the Capitol doors. Rhodes posted a photograph of them, as well as a comment: “Trump better do his damn duty.” (Rhodes had been calling for Trump to invoke the Insurrection Act and declare martial law.)

Later that evening, Rhodes continued to embrace his members’ actions in another social media post: “The founding generation Sons of Liberty stormed the mansion of the corrupt Royal Governor of Massachusetts, and trashed the place … We are actually in a far more deadly situation given the FACT that enemies foreign and domestic have subverted, infiltrated, and taken over near every single office and level of power in this nation,” he wrote. He did not call the siege an aberration from the Oath Keepers “mission” on Jan. 6 until the next day.

The charges against Rhodes should at least temporarily subdue critics like Tucker Carlson and Glenn Greenwald, who have claimed that the Jan. 6 siege “was not an insurrection” because no one had yet been charged with sedition. But in fact, the Justice Department had previously signaled that such charges were very much still on the table in the sprawling prosecution, after a search warrant revealed the FBI was pursuing a “seditious conspiracy” investigation against key players in the event.

The investigation was revealed when the FBI seized the phone of an attorney who works as the general counsel for the Oath Keepers and Rhodes. The attorney, Kellye SoRelle of Texas, told HuffPost’s Ryan Reilly that her phone was “kinda a repository of truth.” “I have so much information in there, [it’s] nuts,” she said via email.

The FBI’s warrant, according to Mother Jones, sought evidence related to potential violations of nine criminal statutes, including “seditious conspiracy.” The other violations are all crimes with which the Jan. 6 defendants have already been charged, including destruction of government property, trespassing, destruction of evidence, false statements, and obstruction of Congress.

As Marcy Wheeler has pointed out repeatedly at Emptywheel, the latter charge has been federal prosecutors’ chief means of charging the insurrectionists because a conviction carries the same 20-year federal prison sentence as sedition, which is a harder charge to prove.