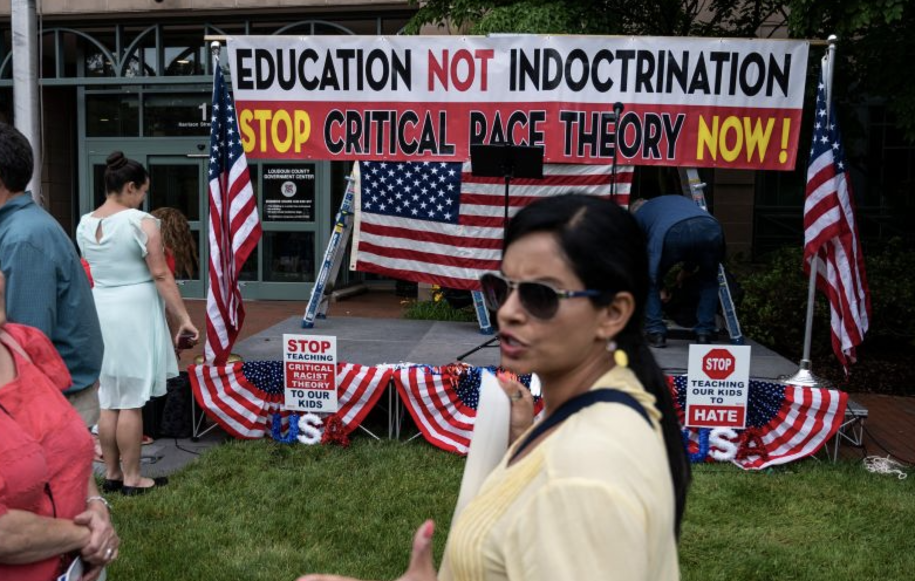 Newly empowered Virginia Republicans are ready to roll with a bill banning the teaching of anything that risks making any white student feel bad about things white people have done. Or, as it’s likely to be described in many accounts, an anti-critical race theory (CRT) bill. This one does us a favor, though, by showing just how well informed about education and U.S. history its authors are.

Amidst all of the banning of education on “divisive concepts” (facts about the history of race and racism in the United States), there’s this provision:

B. The Board shall, in furtherance of the citizens skills portion of the 5 C’s in the Profile of a Virginia Graduate, incorporate into each relevant Standard of Learning and associated curriculum framework a requirement that each student demonstrate the understanding of:

Abraham Lincoln did not debate the great abolitionist Frederick Douglass. He debated Sen. Stephen Douglas, who argued that states and territories should decide whether to allow slavery. It’s a subtle difference that apparently escaped the Virginia Republicans who drafted the education bill.

It’s appropriate, though, because that’s the general level of understanding of history that these Republicans are promoting. In addition to requiring the teaching of a debate that never happened, the bill would ban the teaching of “divisive concepts,” defined as:

The CRT discourse translation of that is: “If you teach that white people have been racist and done racist things, then white students will be made to feel uncomfortable or guilty, and that must not occur. Therefore, teachers had better tread extremely carefully when teaching about slavery or segregation and had better steer entirely clear of more recent examples of racism in U.S. history.”

The language of the legislation sounds almost neutral if you don’t know what’s been going on in the U.S., but this is part of a movement that has a group in Tennessee trying to use a similar law to ban children’s books about specific events and figures in the civil rights movement on the basis of a Tennessee law using exactly the kind of language in the Virginia bill: “discomfort,” “guilt.” Polls in recent months have found a majority of Republicans opposed to public schools teaching “about how the history of racism affects America today,” while 43% oppose even the teaching of the history of racism, without touching on how it affects the country now. That’s what this is about.

Note also the ban on teaching that “(xi) the Commonwealth or the United States is fundamentally or systemically racist or sexist.” In the late 1950s and early 1960s, some public schools in Virginia were closed entirely rather than following the law and desegregating. The landmark Supreme Court case that struck down laws banning interracial marriage was named Loving v. Virginia for a reason. There are vast recent swaths of Virginia history that teachers basically wouldn’t be able to touch under this legislation.

The bill would also ban the teaching of social-emotional learning. Social-emotional learning is defined by the Collaborative for Academic, Social, and Emotional Learning as “the process through which all young people and adults acquire and apply the knowledge, skills, and attitudes to develop healthy identities, manage emotions and achieve personal and collective goals, feel and show empathy for others, establish and maintain supportive relationships, and make responsible and caring decisions.”

Empathy, supportive relationships, responsible decisions … Republicans oppose this, describing it as a “new-age nanny state” or as taking over “a role that should be dealt with in the home.” In other words, “Don’t you dare teach our kids not to be assholes.”

The Virginia Senate is still narrowly controlled by Democrats, so this bill may well be defeated, for now. But this is the Republican vision of education that’s being written into law in one Republican state after another—an erasure of history to protect white people from any sense of responsibility for anything, ever. Sometimes with a little added ignorance about the difference between Frederick Douglass and Stephen Douglas.