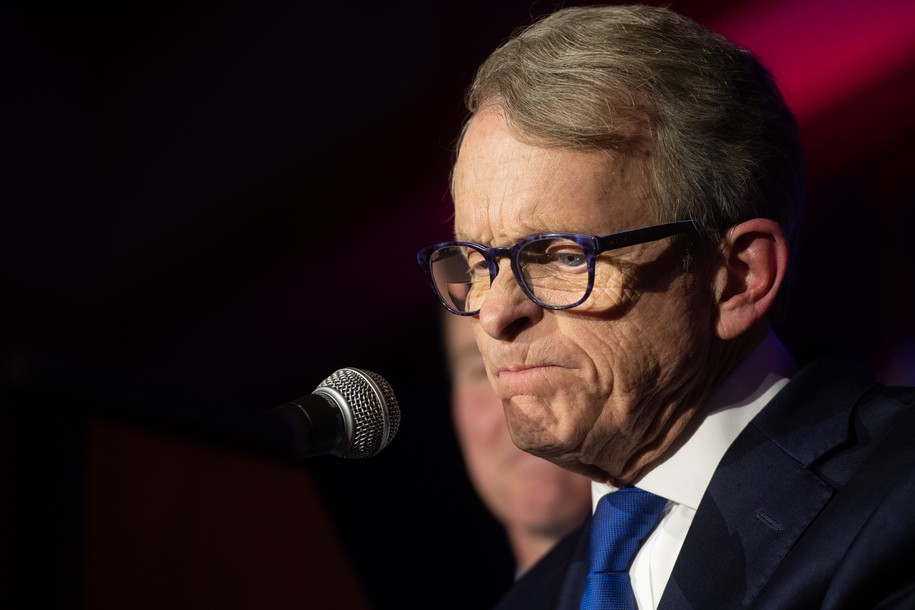 Ohio’s Supreme Court struck down the state’s new congressional map as an illegal partisan gerrymander designed to excessively favor Republicans on Friday and ordered legislators to draw new districts in compliance with the state constitution. The decision came just two days after the court invalidated the GOP’s new legislative maps on similar grounds.

The majority, which saw Chief Justice Maureen O’Connor, a moderate Republican, join the court’s three Democrats, used harsh language to castigate Republicans in its ruling. The foursome concluded that the congressional map Republicans adopted in a pair of party-line votes in November featured “undue political bias” that made it even worse than the already gerrymandered map it was replacing, “whether viewed through the lens of expert statistical analysis or by application of simple common sense.”

At issue was a 2018 amendment approved by voters requiring lawmakers to pass a new congressional map in a bipartisan fashion, or, failing that, forbidding them from enacting a map that “unduly favors or disfavors a political party or its incumbents.” Because Democrats stuck together and voted uniformly against the GOP’s maps—a fact the court took note of—Republicans were obligated to adhere to the provision regarding partisan favoritism.

The court ruled that they had not, saying, “When the dealer stacks the deck in advance, the house usually wins.” Citing a variety of statistical measures, the majority slammed the map on account of the fact that Republicans were poised to “reliably win” 75 to 80% of seats despite “generally muster[ing] no more than 55% of the statewide popular vote.” Wrote Justice Michael Donnelly, “By any rational measure, that skewed result just does not add up.”

As a consequence, the court determined the entire map was invalid. It also ruled that Republicans had violated another provision directing that lawmakers “not unduly split governmental units” by chopping up three of Ohio’s four largest counties for no reason other than to gain partisan advantage.

One egregious example was in Hamilton County, a blue county in the state’s southwestern corner that’s home to Cincinnati and voted for Joe Biden by a 57-41 margin in 2020. Hamilton on its own is close in population to the ideal district size, but instead of keeping it as close to whole as possible, Republicans divided it three ways, dumping the Cincinnati suburbs into two adjacent, safely red districts. The city itself, meanwhile, was linked to deeply rural Warren County via an isthmus just one mile wide—a detail the court highlighted with a map.

Lawmakers now have 30 days in which to pass a new map that, as the court stressed, “comports with the directives of this opinion“—with emphasis in the original. If they fail to do so, then the state’s redistricting commission, on which Republicans have a 5-2 majority, would have another 30 days to complete the task. While the court did not explicitly say it would review any plans to ensure they’re compliant (as it did in its ruling on the legislative maps), there’s little doubt the majority will carefully scrutinize the final product—and potentially produce their own, should they find it lacking.