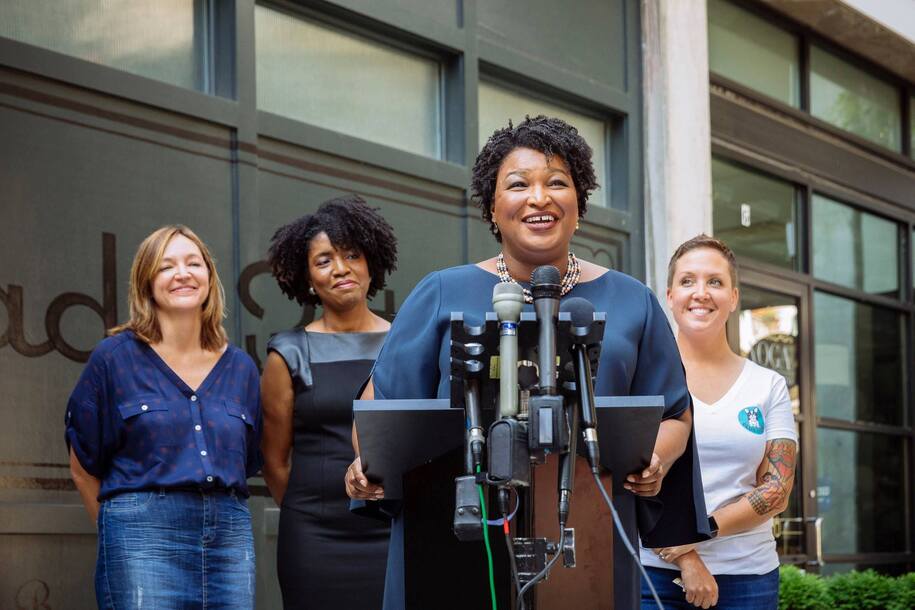 Stacey Abrams is back—and we’re right there with her. Daily Kos is extremely excited to endorse Abrams’ new bid for governor of Georgia, whose new entry into the select group of swing states she helped bring about.

You know all about her last run: the campaign that electrified progressives nationwide, that showed the Peach State was no longer a Republican bastion but instead could truly be in play. And you, the Daily Kos Community, gave it everything you’ve got, donating record sums, putting in crazy numbers of volunteer hours, and telling everyone who would listen about this amazing candidate seeking to become the first Black woman governor in American history.

But you also, unfortunately, know how it ended—how Abrams’ Republican opponent, Brian Kemp, enjoyed the immoral advantage of overseeing his own race thanks to his role as secretary of state, making him the top elections official in Georgia and giving him the opportunity to rig the system in his favor. Yet even with the taint of voter suppression, Kemp managed to earn the narrowest margin the state had seen in a gubernatorial contest in half a century—just over 1%—and Abrams’ performance was the best by a Democrat in many, many years.

Please give $3 now so Stacey Abrams can finish the job she started and win in Georgia!

So, let’s talk about what’s going to be different this time:

But as welcome as all of these factors are, it won’t be enough. You saw the thuggish lies and vicious tactics Republicans deployed last time; this time, it will be worse. And whether Republicans nominate Kemp or Perdue, we know that either of them can win because both of them have won statewide. As amazing as our victories in Georgia were just over a year ago, they were all extremely tight—and on top of that, we’re facing a midterm environment that, historically, we can expect to be unfavorable to the party in power in D.C.

Above all, demographics are not destiny. We can’t just assume that the growing numbers of Black, Latino, and Asian American voters in the state will translate into victory for Democrats if we don’t engage them. Fortunately, Abrams is particularly skilled at reaching out and motivating folks of all stripes, whether that’s younger people of color registering for the first time or suburbanites appalled with the GOP’s direction under Trump deciding to switch sides.

She will, however, need every ounce of aid we can once again muster. You can’t build the kind of massive get-out-the-vote operation Abrams will require in order to win on goodwill alone. It’ll take money, lots of it. But that’s the beauty of a people-powered community like this one: With your small-dollar, grassroots donations of literally any size, you’ll be helping Abrams activate voters who were just like you before you got involved in politics. You’ll not only play a critical role in putting Georgia on a path to a more progressive future by boosting Abrams’ odds of success, you’ll also encourage the development of the next generation of activists.

This is a campaign for the generations. Our time starts now.