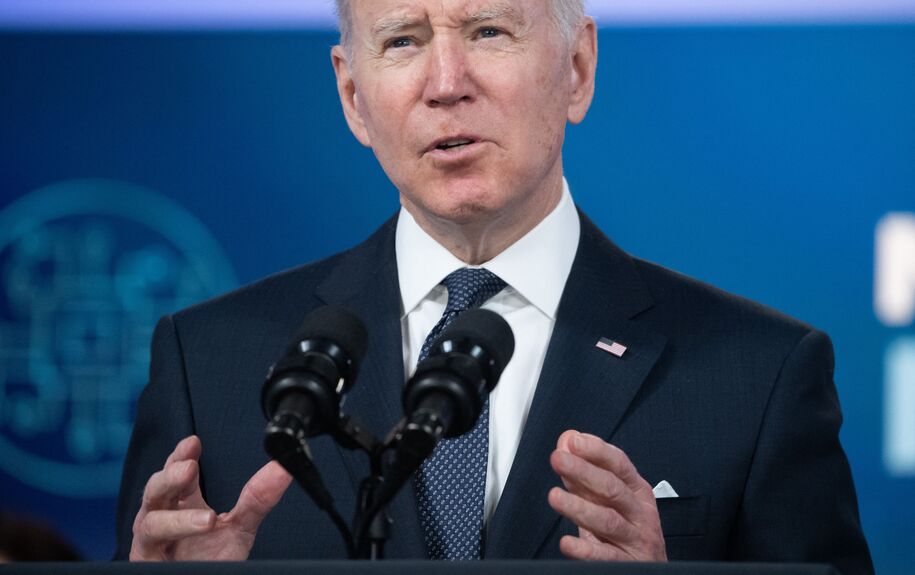 Nearly 1,000 faith leaders and immigrant rights groups are calling on the Biden administration to halt its expansion of the immigration detention system, writing they “are disturbed by several recent trends.”

While the president entered office with a campaign pledge opposing the federal use of private detention, groups note a number of closed prisons have since been reopened to detain immigrants. The number of immigrants who have been jailed overall by Immigration and Customs Enforcement (ICE) has increased by more than 50% since he took office a year ago.

“As we turn to the year ahead, we urge you to reverse course and end over reliance on immigration detention by stopping new detention contracts and terminating current ICE contracts, investing in rights-respecting border management at the border, and committing to enacting just and humane immigration policies,” groups write.

They note the reopening, conversion, or proposed expansion of immigration detention facilities in California, Texas, and Pennsylvania. In California, the remaining county jail in the state to still hold an ICE contract is once again detaining immigrants after months of not doing so. Per data from Syracuse University’s Transactional Records Access Clearinghouse, more than 75% of immigrants who were in ICE custody as of Jan. 2 have no criminal record at all. Advocates in the letter urge investments in community-based alternatives to detention.

We know this particular recommendation is possible because a record number of families have been placed in the program under this administration, and have been allowed to pursue their cases outside of harmful detention facilities. “Statistically, people attend their hearings at higher rates when supported by the community, and with access to proper support and legal representation,” groups said.

It’s also a matter of life or death, because COVID-19 is once again raging through detention facilities. “Coronavirus infections inside U.S. immigration detention centers surge by 520% in 2022,” CBS News reported on Jan. 14. At that time, there were 1,766 confirmed cases. There are now more than 2,500 as of Jan. 19 (that we know of).

There’s a better way, groups say, urging a halt to detention expansion; the termination of ICE contracts for sites like Yuba County Jail, Adelanto ICE Processing Center, and the Otay Mesa Detention Center; an end to anti-asylum policies like Title 42; and reallocation of funds from deportation agencies to voluntary community-based resettlement services.

“Faith communities across this nation have long engaged in supporting immigrants and their family members impacted by the harms of detention,” they said. “We visit people in detention centers; we help them connect with attorneys; we provide emotional and economic support to family members with loved ones detained; and, when someone is released from detention, we provide much needed re-entry support such as transportation, food, clothing, and emergency housing.”

“The values of President Biden’s faith tradition are common across faith traditions represented in the Interfaith Immigration Coalition: to welcome the immigrant in our midst, to love our neighbors, and to proclaim freedom for the oppressed,” said Church World Service Advocacy Manager and Interfaith Immigration Coalition Co-chair Elissa Diaz. “President Biden’s decision to expand immigrant detention not only goes against these values of our faith, but also the promises he made to immigrants just one year ago.”

Recent polling has found that a majority of voters overwhelmingly oppose the Biden administration’s for-profit immigration detention expansion effort. “We urge the President to reverse course, return to the core callings of his faith, and put an end to his efforts to expand immigrant detention,” Diaz continued.