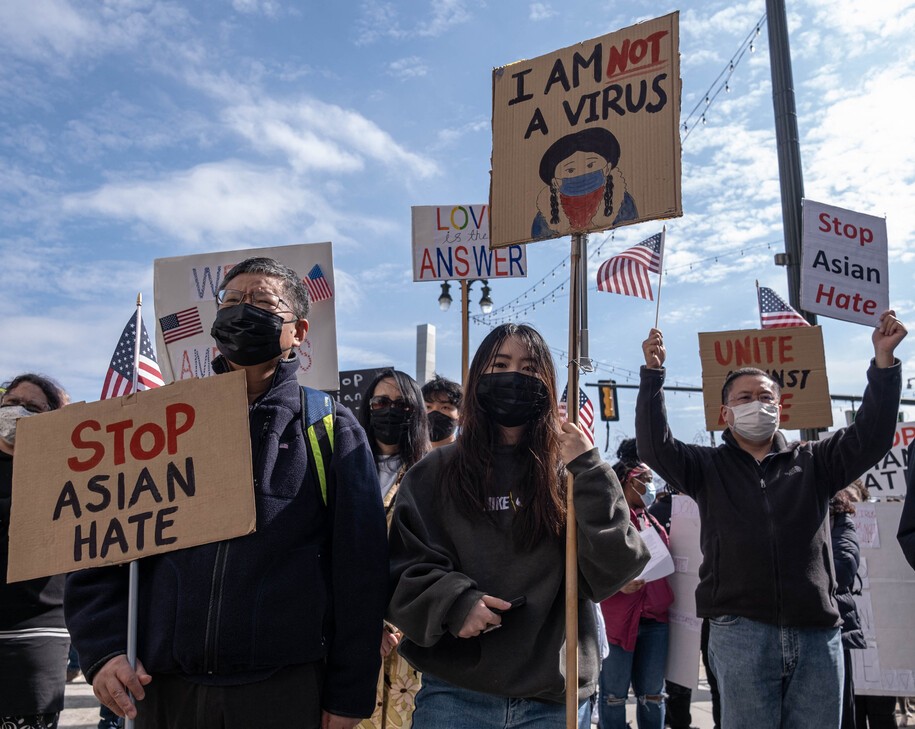 A San Francisco resident is suing San Francisco’s District Attorney Chesa Boudin in what may be the first lawsuit of its kind. The lawsuit, announced Tuesday by the Alliance for Asian American Justice, is a response to a violent attack on an elderly member of the Asian American Pacific Islander (AAPI) community. The plaintiff, a Vietnamese American man, is arguing that while the violence he endured at the hands of a father and son should have been labeled a hate crime, the district attorney’s office mishandled the case and labeled it a misdemeanor assault, NBC News reported.

The goal of the lawsuit is not to obtain money—instead, the plaintiff, identified as Anh Lê, is requesting that the San Francisco District Attorney’s Office to do its job more thoroughly and take victims into account when considering plea deals.

“We are bringing this lawsuit, and this is the principal reason, I want to make very clear: on behalf of Mr. Le and other Asian American victims to ensure that the District Attorney’s Office does its job,” said Quyen Ta, from the law firm King & Spalding.

Lê was walking through Chinatown when he told a teenage boy to be careful riding his bike on the sidewalk. The boy did not take the advice lightly and began beating Lê with a baseball bat. The boy’s father then joined in and even held up a glass bottle, threatening to kill 69-year-old Lê.

“I was suddenly and violently attacked by the adult male and his adolescent son brutally attacked me with a long baseball bat,” Lê said about the incident, which occurred in November 2019.

While both attackers were arrested and initially charged with several felonies, including elder abuse and terrorist attacks, the district attorney’s office pleaded the case down to a misdemeanor assault without Lê’s knowledge.

“The San Francisco District Attorney’s Office allowed the adult male attacker to plead to a misdemeanor with one year probation, restitution to the victim and (a) criminal protective order,” Lê said during a news conference on Tuesday.

“They did this without consulting me, without any input from me at all, and in violation of my rights as a victim.”

Lê was allegedly not given the chance to enter a victim impact statement, meaning nothing was read at the attacker’s plea deal hearing on his behalf about the severity of the attack, or its consequences. According to court documents, the attack left Lê with post-traumatic stress disorder (PTSD). As a result, he spent a year in psychiatric therapy.

Had the crime been charged as a hate crime, the father, identified as Jimmy Tanner Sr., would have served a few years in jail. However, the San Francisco District Attorney’s refusal to prosecute either Tanner Sr. or his son with a hate crime, allowing them to avoid jail time.

“Because of the way my case has been handled by the San Francisco District Attorney’s office, justice has not been served,” Lê said at Tuesday’s press conference.

While the district attorney’s office did not make any comments regarding the case, it did note that a steering committee in support of Asian elders met for the first time Monday.

The lawsuit comes at a time when San Francisco has reported the highest increase in attacks against the AAPI community the city has ever seen.

According to preliminary figures released by the city’s police department on Tuesday, hate crimes against the AAPI community went up 567% from the previous year. An increase from nine victims to 60 was reported between 2020 to 2021. Half of last year’s victims were allegedly targeted by one man, the Associated Press reported.

Advocates and local officials predict the actual numbers are much higher due to the reluctance of people to report to the police.

In response to the data, Mayor London Breed pledged to continue support for the community. At a conference Tuesday, she noted that it would have broken her heart if her grandmother was attacked “in the way that we see so many of our seniors of the AAPI community being attacked.

“But that did not happen. Because as a community we protected one another. And that’s what we have to do now more than ever.”

According to a survey conducted in April 2021 by the Pew Research Center, 81% of Asian American adults expressed concerns that violence against them is increasing. While nearly half said they experienced a situation of fear, only 32% reported that someone expressed support for them in that same period.

The AAPI community needs our support now more than ever, whether it be checking in on our family and friends, spreading awareness of COVID-19 misconceptions, or contacting members of Congress to do more against anti-Asian hate. Check out this guide on resources and ways to support the AAPI community and our Asian friends. Hate is the real virus, and we must end it.