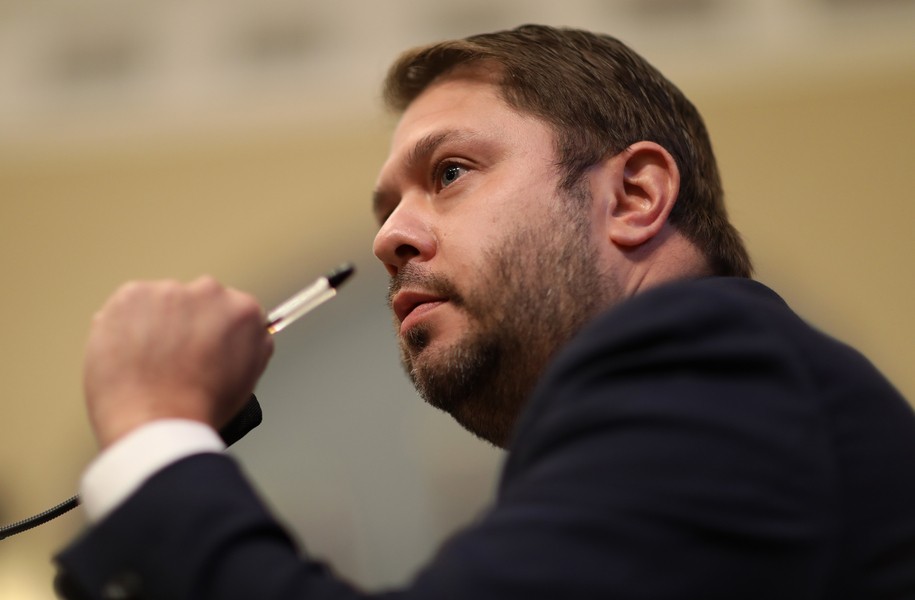 No Labels, a billionaire-funded dark money consortium that has spent more than a decade trying to hector Democrats into cowering before corporate America, has sunk to a new low. In a tweet with a link posing as a poll but actually designed to hoover up email addresses, No Labels decided it would be a good idea to, well, slap an ugly label on Democratic Rep. Ruben Gallego:

Gallego is a Marine combat veteran whose unit took more casualties than any other in Iraq. When insurrectionists stormed the Capitol on Jan. 6, he instructed his colleagues on how to put on their gas masks and was prepared to fight. To suggest he is not the portrait of courage is as absurd as it is insulting.

But No Labels’ angle is unmistakable: Gallego has expressed openness to challenging Arizona Sen. Kyrsten Sinema, whose “courageousness” is limited to standing against the expansion of voting rights and ensuring the well-being of her fellow Americans. For that reason—indicating a possible interest in running for higher office against the champion of Big Business reactionaries—they’ve denigrated Gallego as a cynic.

Needless to say, this attack has not gone over well, nor has a similarly ridiculous one comparing Bernie Sanders to Joe Manchin (take a guess which one No Labels adores). But it’s brought the entire internet out in Gallego’s defense—and provided him with free word-of-mouth that money quite literally cannot buy.

It’s also isolated No Labels and put their allies in Congress on the defensive. Years ago, No Labels midwifed the so-called Problem Solvers Caucus, a bipartisan collective that one former member derided for existing to provide “a fast track for special interests and lobbyists.” The two organizations are closely linked, which creates, shall we say, a problem for the Problem Solvers Caucus: Will its members, who include a number of veterans, take a stance against this assault on a colleague by their intellectual progenitor? Or will they stand meekly by as a hero like Gallego gets smeared?

We know where we stand: with Gallego, and on the side of voting rights and investing in our country’s future. And when the time comes, we’ll be right alongside him in his next fight.