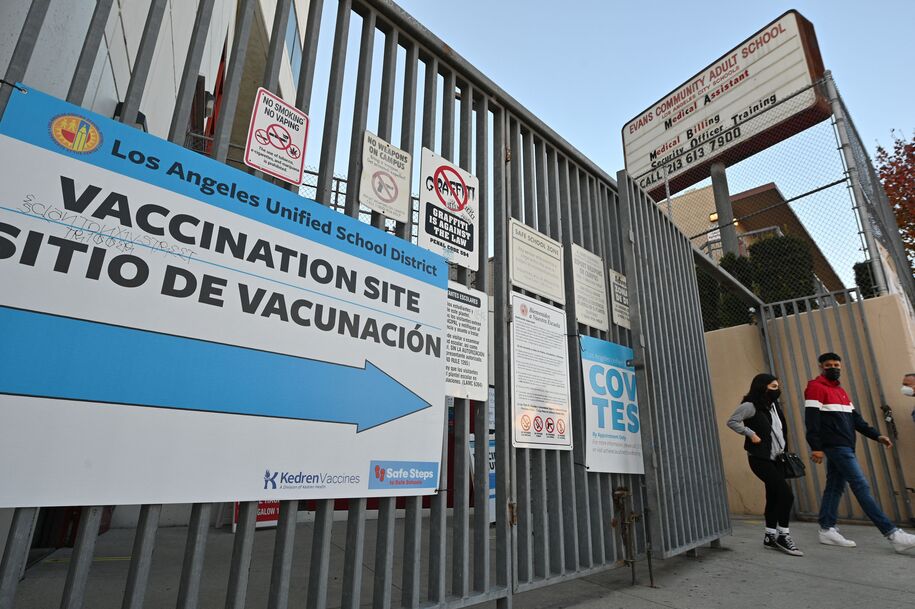 This series documents stories from the Herman Cain Awards subreddit, tracking the COVID mis- and disinformation on Facebook that is leading to so many deaths. Today’s cautionary tale is a Floridian who thought she’d vacation in Alaska this summer.

They see 99% and they think it’s such a big number.

But when the losing side of that ledger means death, 1 in 100 are some genuinely scary odds.

Reminds me of this:

I mean, set aside how patently absurd their about-face on Jan. 6 is. Have any of them tried to explain why Antifa would try and subvert the counting of the electoral votes? What broader commie purpose was being served? I’m sure if you asked, they’d say, “to make MAGA Trump look bad.” But … we didn’t need an insurrection to make Trump or his movement look bad. They are inherently deplorable, and so, so full of shit. They can’t even own their own actions. They can’t even handle the reality of their own existence.

Remember when all those Trump boaters got together in a lake and a bunch of them sank?

Tim Tebow played one pre-season football game for the league-worst Jacksonville Jaguars,  missed an easy block, and was cut. During his initial stint in the NFL a few years ago with the Denver Broncos, Tebow would “knell” before his game to show his devotion to his god, which was totally fine, unlike kneeling for the rights of Black people to live free of violence.

Meanwhile, let’s talk about Urban Meyer, the Jaguars’ head coach. Meyer is, once again, the head coach of the worst team in the league. Sure, he went around kicking his players, which is totally classy and not thug behavior at all. (Meyer is white, after all. So he can’t be a “thug.”) But nothing says “class” more than, uh, this:

A video of the previous Ohio State head coach turned Jacksonville Jaguars play caller went viral, one which showed a young, blonde woman grinding on Meyer at an Ohio bar. While Meyer has in the aftermath of the controversy gone onto apologise for his antics with him saying his act had served as a distraction to his team, the issue refuses to die down with a fresh video emerging of him.

Meyer is seen sticking his fingers up a girl’s ass at the bar as he feels her luscious assets. The video is further proof of the fact that Meyer was cheating on his wife Shelley with whom he has been married since 1986.

So classy, unlike those thugs knelling for social justice. Because they’re white.

What a horrid human being. Seriously.

And you’re going to talk about our Vice President being “a former call girl” when their hero’s wife … was this? (NSFW link)

Gas prices are up because the current price of crude oil is up. Blame OPEC.

Then work toward an all-electric future when our economic fates aren’t dictated, in large part, by Middle Eastern and Russian dictatorships.

Oh boy, she traveled with COVID. Planes are fairly safe, as the air gets changed out every couple of minutes or so. But airports are scary, crowded places these days. On the plus side, she’s got great friends:

Her husband takes over from here:

Her husband is a paramedic. If someone had seen the ravaging effects of COVID, it’s this guy. But he was also trapped in MAGA land, with a particular obsession with our Vice President, sharing memes like this one:

His critical thinking faculties short-circuited, he didn’t push his wife to vaccinate. Interestingly, I didn’t see any anti-vaccination stuff on his feed.

They traveled Saturday. On Monday she already had double pneumonia, usually a more advanced stage of the disease. Hard to imagine she wasn’t already feeling ill when she got on that plane, but who knows. That’s why pulse oximeters are so important—letting people see diminished lung capacity before symptoms present.

I really do hope she was feeling fine when she left for the airport, because I can’t imagine thinking even less of her than I already do.

Wherever they ended up, the hospital had limited resources. They were always having to wait on the lone surgeon. Looked up the town, and yup, it’s Palmer, population 5,888. Funny enough, that’s good enough to make it the 9th largest city in Alaska!

Very classy of her to willfully keep herself exposed to the virus, travel to another state during a pandemic, and then take up precious and limited resources in Alaska.

Quite the legacy, there. She died Sep. 3, exactly one month after being admitted to the hospital. She was 57.

Bonus meme posted by her husband, because this one is actually funny:

I laughed. The good kind of laugh. The kind of laugh that would bring us together, if they hadn’t been so conditioned by their media organs to hate reality.

Also, he’s posted photos of that boat since he became a widower. The “don’t blame me, I voted for Trump” flag is gone.