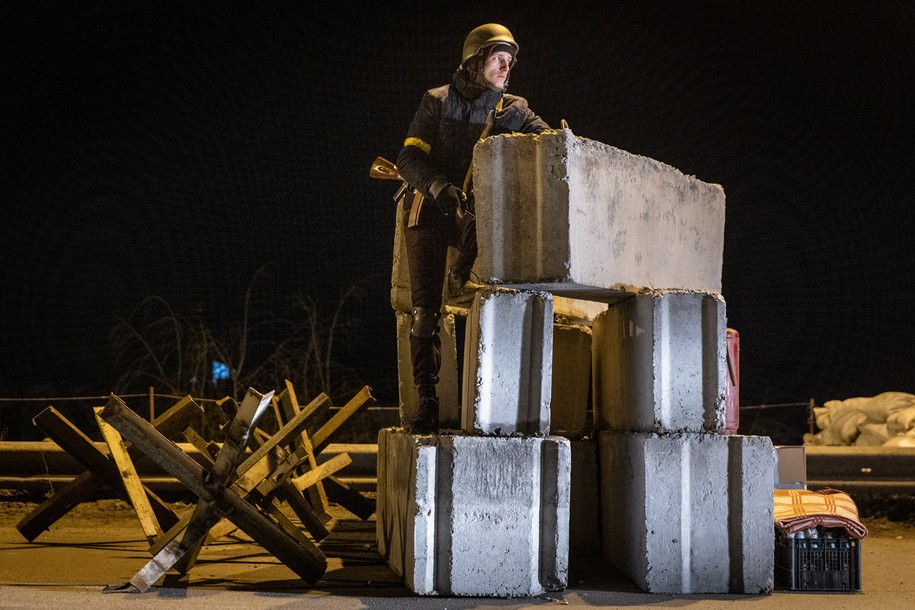 When someone is called “a Cassandra,” is usually just means that they’ve gained a reputation for predicting a bad outcome for some event. But that’s not at all what the curse given the original Cassandra was about. Cassandra’s torture was that she could accurately predict the future, but no matter what she said, no one would listen to her.

Back on Febuary 2, three weeks before Russia’s invasion of Ukraine  Mikhail Khodarenok, a retired Russian colonel and former military commentator for RT, wrote an essay for the Russian military site NVO. A few days later, the site Russian Defense Policy posted a translation.

Under the headline “Of rapturous hawks and hasty cuckoos,” Khodarenok warned about the consensus that had formed in Russia.

“In Russia’s expert community recently a sufficiently powerful opinion has taken root that it won’t even be necessary to put troops on Ukraine’s territory since the armed forces of that country are in a pathetic state. Some pundits note that Russia’s powerful first strike will destroy practically all surveillance and communications systems, artillery and tank formations. Moreover, a number of experts have concluded that even one crushing Russian strike will to be sufficient to finish such a war. Like a cherry on top different analysts point to the fact that no one in Ukraine will defend the ‘Kiev regime.’”

Khodarenok then systematically explains that this kind of attitude is completely at odds with the real situation in Ukraine, which doesn’t hate their own government but does hate Moscow. He warned that even the Russian-speaking parts of Ukraine have absolutely no interest in being part of “New Russia.” He then goes on in detail to explain how Ukraine can’t be taken out by a fast first strike, that expectations that Russia will have air superiority based on events in Afghanistan or Chechnya ignore the strength of Ukraine’s Air Force and anti-aircraft systems, and that Ukraine’s military is far from in “a pathetic state” and should not be treated lightly. And as to expectations that the West will stay out of any fight:

“Now as concerns assertions that western countries won’t send a single soldier to die for Ukraine. We have to note that most likely this will be the case. However this hardly excludes in the event of a Russian invasion massive assistance to the [Ukrainian military] from the collective West with the most varied types of arms and military equipment and large volume supplies of all kinds of materiel.”

Khodarenok forecasts “some reincarnated lend-lease in the form and likeness of the Second World War from the USA and countries of the North Atlantic alliance will begin,” that the Western nations are together to a degree that Moscow doesn’t want to see.

Finally, after warning again that predictions of a swift victory are ill-founded, he provides this conclusion.

“And finally, most important. Armed conflict with Ukraine now fundamentally doesn’t meet Russia’s national interests. Therefore it’s best for some overexcited Russian experts to forget their hat-tossing fantasies. And, with the aim of preventing further reputational damage, never again to recall them.”

This looks to be the Saturday downed Russian aircraft count. But there are still 10 minutes left in the day in Kyiv. So stay tuned.

Video showing some of the preparations Kyiv has made against a Russian assault. On Saturday, it seemed as if that assault was imminent, and a column of Russian forces were seen once again moving into the western suburbs. But early on Saturday evening, Ukrainian forces reportedly pushed back Russian troops inside Irpin. As the clocks ticks past midnight in Kyiv, the situation seems relatively quiet.

This capture indicates that Ukrainian forces are operating behind the lines of Russian artillery. It also shows that some of the forces may actually be getting close enough to Mariupol to provide some relief.

The GRAD is apparently loaded. Ukraine might consider just turning it 90 degrees and addressing a target rich environment.

We’re now less than $20K from hitting the $1 million goal on donations. Which will cause us to … raise the goal. But it will also be something to feel good about today.

We’ve passed the $1M line in donations. Thanks, everyone. And don’t let that stop you if you’re still thinking of giving.

Japan announced it would accept refugees from Ukraine and send bulletproof vests to Kyiv — extraordinary measures taken by one of the countries least welcoming to refugees and also has a self-imposed arms exports ban https://t.co/fgaMP2Nomn

At least 70 Japanese men have traveled to Ukraine to volunteer for their foreign volunteer legion.

He doesn’t just say this, he says it on Fox News. The primary remaining outlet for Russian propaganda.

Douglas MacGregor, nominated by Trump as ambassador to Germany; appointed by Trump as sr advisor to the Secretary of Defense, says Russian forces have been “too gentle” and “I don’t see anything heroic” about Zelensky. This is the Putin wing of the GOP. pic.twitter.com/Orz8krh1it

Daily Kos readers have now raised just short of providing $1 million to help the people of Ukraine. Help put that number over the top. If you can, please donate to these charities helping the Ukrainian people in this desperate hour.