Abbreviated Pundit Roundup: Another hearing, another day of compelling testimony 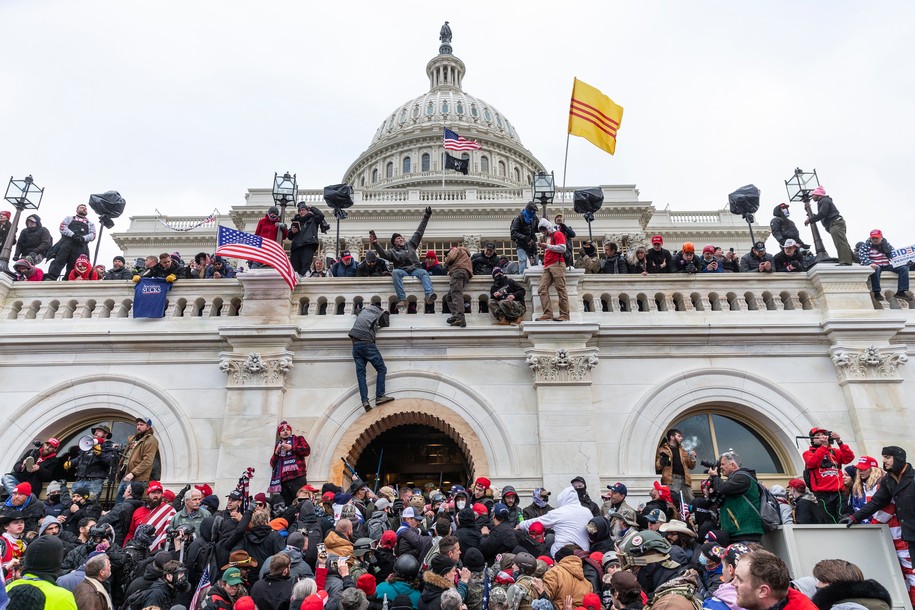 The Jan. 6 committee has uncorked a gusher of terrifying details concerning Donald Trump’s attempted coup. Given how easy it was for devious attorneys such as John Eastman to conjure up a scheme to overturn elections with the thin veneer of legality, it behooves the bipartisan group of senators working on Electoral Count Act reform to step up the pace. Lives may depend on it.

NOW: “I do not want to win by cheating” – Russell Bowers.

To indict Mr. Trump for these and other acts, Mr. Garland must make three decisions, each more difficult than the previous, and none of which has an obvious answer.

First, he must determine whether the decision to indict Mr. Trump is his to make. If Mr. Garland decides that a criminal investigation of Mr. Trump is warranted, Justice Department regulations require him to appoint a special counsel if the investigation presents a conflict of interest for the department and if Mr. Garland believes such an appointment would be in the public interest…

If Mr. Garland opens a Trump investigation and keeps the case—decisions he might already have made—the second issue is whether he has adequate evidence to indict Mr. Trump. The basic question here is whether, in the words of Justice Department guidelines, Mr. Trump’s acts constitute a federal offense and “the admissible evidence will probably be sufficient to obtain and sustain a conviction.”…

If Mr. Garland concludes that Mr. Trump has committed convictable crimes, he would face the third and hardest decision: whether the national interest would be served by prosecuting Mr. Trump. This is not a question that lawyerly analysis alone can resolve. It is a judgment call about the nature, and fate, of our democracy.

Biden’s defense of democracy, strong abroad, is struggling on his home turf

The President’s signal achievement has been uniting Western democracies in defense of Ukraine against Russian leader Vladimir Putin’s authoritarian aggression. With coordinated flows of military equipment, economic aid and sanctions, Biden and NATO partners have helped prevent Russia from overrunning its smaller, weaker neighbor.
Yet Biden himself stands to get politically overrun within months by Republican opponents at best indifferent and at worst hostile to preserving America’s own democracy. Facing an electorate upset by inflation, crime and the lingering pandemic, the White House has watched the President’s approval rating fall to levels that almost guarantee the Democratic Party will lose control of one or both houses of Congress in the midterm elections.
In part, Biden’s performance on Ukraine reflects his ability to unilaterally direct foreign policy as commander in chief. But preventing fractures within the coalition backing Ukraine has required steadiness and diplomatic skill that bucked years of Russian attempts to sow divisions within the United States and its European partners alike.

The rise of Christian Nationalism

Their god looks like the guy who stormed the Capitol

On the surface, the storming of the Capitol might show how a man nakedly obsessed with winning chose to incite his febrile supporter base and disrupt the peaceful transfer of power. But on closer inspection, the events of that day tell the story of the troubling rise of Christian Nationalism that is gaining pace in the United States.

Christian Nationalism is the idea that America is defined by Christianity. This idea has been around as long as America itself, but until the mid-20th century, many evangelicals saw themselves as being above, or at least separate to, mainstream society. The desire to penetrate politics has steadily picked up pace since the Fifties, with the dial being firmly turned in the Reagan-era and again since the 2008 financial crisis and election of Barack Obama.

Lady Ruby and Shaye, I know what it’s like to have the President of the United States attack me. Stay strong. We are better than him and we will prevail. Much love!

“If there’s kids in there, we need to go in”: Officers in Uvalde were ready with guns, shields and tools—but not clear orders

The Texas Tribune has reviewed law enforcement transcripts and footage that federal and state investigators are examining after the May 24 tragedy.

Two closed doors and a wall stood between them and an 18-year-old with an AR-15 who had opened fire on children and teachers inside the connected classrooms. A Halligan bar—an ax-like forcible-entry tool used by firefighters to get through locked doors—was available. Ballistic shields were arriving on the scene. So was plenty of firepower, including at least two rifles. Some officers were itching to move.

One such officer, a special agent at the Texas Department of Public Safety, had arrived around 20 minutes after the shooting started. He immediately asked: Are there still kids in the classrooms?

“If there is, then they just need to go in,” the agent said.

Another officer answered, “It is unknown at this time.”

“Whoever is in charge will determine that,” came the reply.

The inaction appeared too much for the special agent. He noted that there were still children in other classrooms within the school who needed to be evacuated.

The quotes likely to be permanently evocative of the Jan. 6 scandal

I do not join the chorus asserting that Cheney’s admirably steadfast presence on the committee—and disinclination to join her fellow Republicans, insofar as the attack on the Capitol is concerned, in sticking their fingers in their ears while chanting la-la-la-la-la-la—warrant her immediate ascension to the White House as our next president. But she undeniably has a way with an ultimatum.

Grammar and punctuation aficionados who can recall the difference between a restrictive clause and a nonrestrictive clause will, moreover, take particular note of the absence of a comma in Cheney’s comment as it was presented in the committee’s own transcript: not the blanketly nonrestrictive “my Republican colleagues, who are defending the indefensible,” which would imply that all her fellow party members are pro-insurrection (or at least pro impromptu Capitol visits that include smearing excrement on walls and baying “Hang Mike Pence”), but simply the restrictive “my Republican colleagues who are defending the indefensible.” That points a merciful finger at only a select few. Well, a lot more than a few, but not all.

Vice Chair Cheney: “The point is this: Donald Trump didn’t care about the threats of violence. He did not condemn them, he made no effort to stop them; he went forward with his fake allegations anyway.”