Members of the Jan. 6 committee to get security details after increase in threats of violence 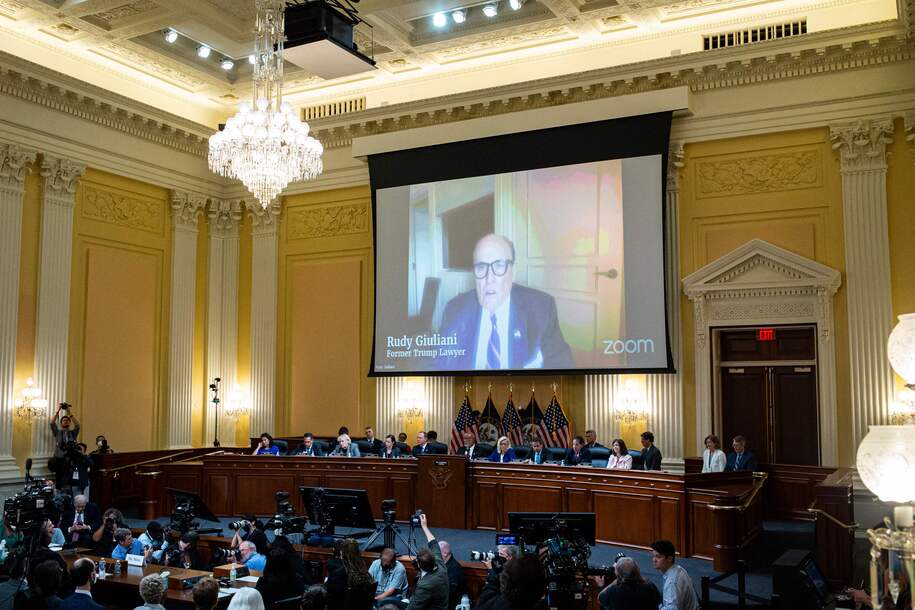 When Republicans on the Supreme Court were shocked by a few peaceful protesters at their home, Republican senators flew into an outrage, insisting on adding more protection for the judges and their families. Strangely enough, this outrage was sorely lacking when it came to protecting the state and local officials who were blanketed with death threats and driven from their homes by Donald Trump and his supporters as part of the attempt to overturn the election.

And it’s a pretty good bet that Senate Minority Leader Mitch McConnell won’t dust off his high horse to seek protection for members of the House select committee on Jan. 6, who are now facing increased threats following a series of impactful public hearings. The threats against members of committee are direct and brutal. In the case of one of the committee’s two Republican members, Rep. Adam Kinzinger, the death threats have extended to his wife and 5-month-old son.

Because threatening to execute a baby now fits perfectly into expectations with “the party of life.”

As Brandi Buchman reported, testimony at the select committee’s fourth public hearing included harrowing statements from public officials put under pressure by Trump and his supporters. In particular, the testimony from former temporary election worker Shaye Moss was absolutely terrifying. Moss, her mother, and even her grandmother were threatened and forced from their homes after Trump put them at the center of an unfounded allegation of election fraud. Moss was directly named by Rudy Giuliani with a claim that she had handed her mother USB drives containing votes for Biden … an accusation that never made any sense, but put Moss’ life and that of her family members in direct peril.

Also included in the testimony was one threat of hanging a worker at Dominion Voting Systems. When informed of this threat, Donald Trump responded to it by … retweeting the information, and topping that retweet with another insistence there was “massive fraud.”

All of which seems absolutely in line with the threats now arriving for members of the committee. As The Washington Post reports, the 24 hours following a hearing in which state workers and officials reported they had been threatened by violence when they tried to tell the truth was followed by “an uptick in the number of violent threats against lawmakers on the House select committee investigating the Jan. 6, 2021, insurrection.”

Rep. Liz Cheney has been receiving unreleased threats for some time, requiring her to travel with a security detail. It now seems that all members of the committee will be under that burden as the number of threats increases.

Here is the letter. Addressed to my wife, sent to my home, threatening the life of my family. The Darkness is spreading courtesy of cowardly leaders fearful of truth. Is the what you want @GOP? Pastors? https://t.co/YimZJcFp4W pic.twitter.com/BBgZ6Teur3

It’s not hard to imagine that Republicans believe it’s perfectly fine to issue personal threats and deliver promises of violence to anyone who doesn’t toe the Trump line. After all, they’ve had plenty of good examples.