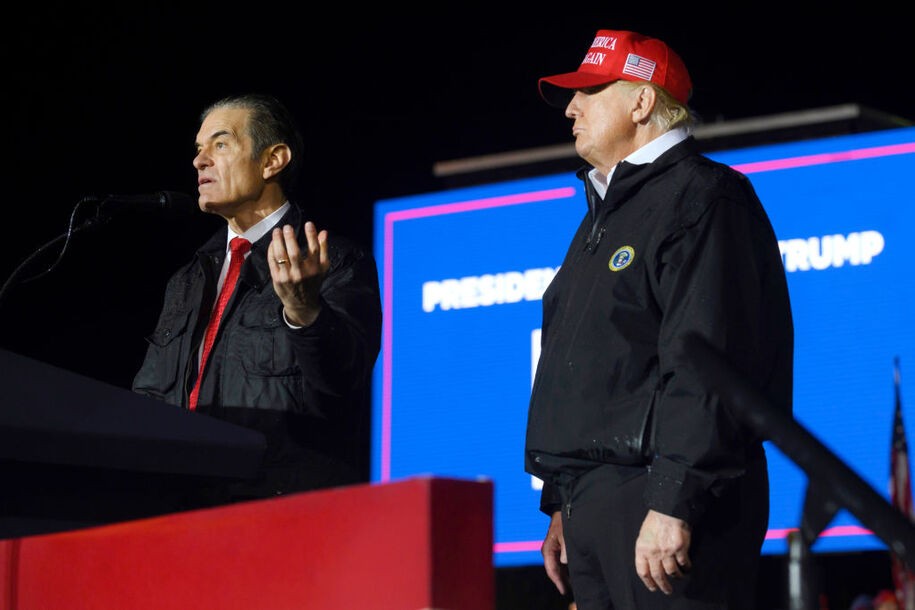 Oz peppered his campaign literature and TV spots with either Trump’s picture or the words “endorsed by Trump.”

On Twitter, Oz’s account invoked Trump more than 70 times in a little over month between the April 9 endorsement and May 17 primary, according to Axios.

Oz’s Twitter and Facebook pages also displayed a picture of Trump with “ENDORSED BY TRUMP” in big block letters just below the “OZ” campaign logo.

But that’s all changed since Oz eked out a primary win following a recount.

Trump has been unceremoniously edited out of Oz’s social media accounts. On Twitter, Trump no longer appears anywhere in Oz’s bio, and Oz hasn’t mentioned Trump in a single tweet since May 17.

But the play is obvious. Trump is a drag in the general election even if he animates GOP base voters. Much like Virginia Republican Glenn Youngkin kept Trump at arm’s length during his successful gubernatorial bid, Oz doesn’t want noxious Trump dragging him down among a potentially decisive slice of suburban voters.

The good for Democrats is twofold: 1) It appears that Oz, who barely prevailed in the GOP primary with roughly 31% of the vote, isn’t exactly beloved among Trump base voters; 2) Democratic nominee Lt. Gov. John Fetterman swept the primary with nearly 59% of the vote and appears to have some appeal even among Trump base voters, according to recent polling.

Anecdotally, never-Trumper and Bulwark publisher Sarah Longwell said in a recent Focus Group podcast that Fetterman is basically the only Democrat she has seen in years attracting any interest whatsoever from GOP base voters in her focus groups. Some GOP voters are at least Fetterman-curious, which is nothing short of a total Trump-era anomaly.

So by offloading Trump in the general, Oz may be attempting to make himself more appealing to suburban base voters, but he doesn’t exactly have the Trump vote in the bag either.

And remember, this seat would be a pick up for Democrats if Fetterman were to prevail.