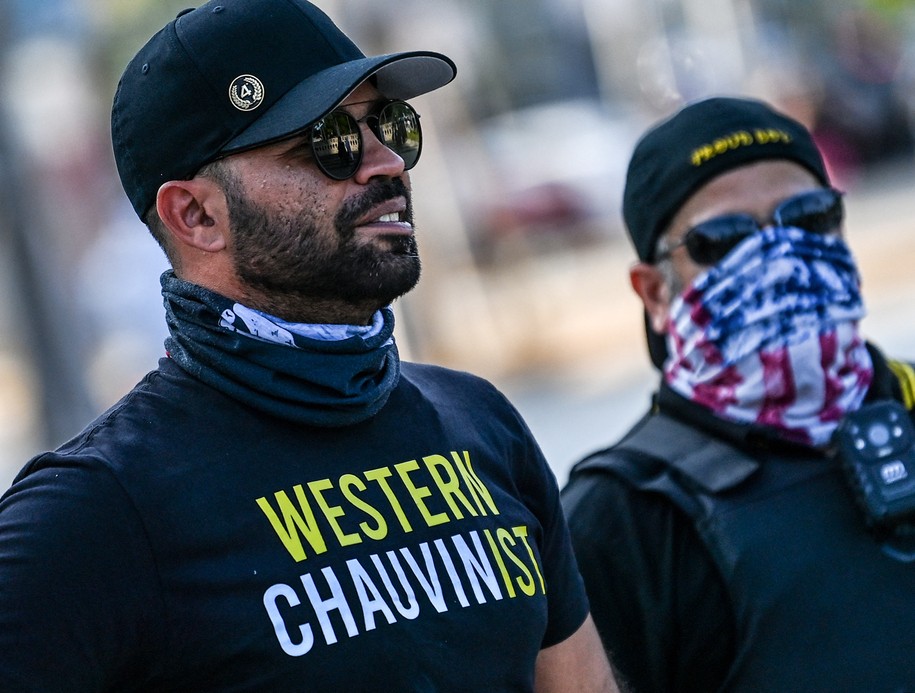 The delay comes with the consent of prosecutors at the Department of Justice who currently find themselves at odds with the Jan. 6 committee over access to deposition records that they argue are necessary to make their case against members of the extremist group.

U.S. District Judge Tim Kelly was not overeager to grant the delay. The defendants and prosecutors have already seen one trial date pushed back and tensions have been high at recent status hearings where Proud Boys attorneys balked at the huge amount of evidence in discovery they must sort through.

Now the trial date is set for Dec. 12, incidentally, two years to the day that the Proud Boys held their Million MAGA March in Washington, D.C., and Tarrio burned a Black Lives Matter banner stolen from a historic Black church just nearby the White House.

The trial will stretch for at least four to six weeks, prosecutors from the Department of Justice told Judge Kelly on Wednesday.

BREAKING: Judge Kelly in DC has agreed to continue the Proud Boys seditious conspiracy trial from August to December during a status hearing this afternoon at the federal courthouse in Washington. He will issue a formal order later today, he said.

The schedule is already tight given that federal holidays would be just around the corner and Kelly said he would weigh whether or not that would mean an additional trial delay might be needed. He noted that if they began on Dec. 12, it of course would not be with opening arguments but jury selection.

That would put opening arguments at least a week away from Dec. 12, meaning the trial might not really get rolling until January 2023, all holidays considered.

Kelly said Wednesday he would issue an order formally explaining his decision.

Considerable efforts have been taken to keep a clear separation of powers between the DOJ and the Jan. 6 committee but the department has become more aggressive of late as it has pursued documents currently in the committee’s possession.

“As represented in our last hearing, the Department of Justice has neither access to the transcripts nor the ability to compel Congress, a co-equal branch of government to provide copies of the transcripts. While we do not know precisely when copies of the transcripts will be released, if they are released as currently anticipated in early September 2022, the parties to this trial will face unique prejudice because the jury for the Aug. 8 trial will have already been sworn and jeopardy will have already attached,” a June 16 motion from prosecutors states.

In a letter dated June 15 to the committee’s chief investigative counsel Tim Heaphy, U.S. Attorney Matthew Graves and assistant Attorney General Kenneth Polite urged the committee to hand over “all” of its transcripts from witness depositions.

With more than 1,000 interviews conducted by the committee, it is no small request by any standard.

“It is critical that the Department be able to evaluate the credibility of witnesses who have provided statements to multiple government entities in assessing the strength of any potential criminal prosecutions and to ensure that all relevant evidence is considered during the criminal investigations,” Graves wrote.

The committee has opted against sharing any records for the time being and requests have been trickling in since at least April. Committee chair Bennie Thompson defended the decision last week saying that it is crucial for the panel to finish its work before it starts cooperating with the department.

“We will work with them but we have a report to do. We are not going to stop what we’re doing to share the information that we’ve gotten so far with the Department of Justice. We have to do our work,” he said.

But on Wednesday, Politico reported that Thompson appeared more amenable: some records could be shared starting in July but not until public hearings are complete, he said.

Thompson also stressed that whatever transcripts it shared would not be held in the department’s possession. They could review it, though.

This could pose logistical challenges.

Attorneys for Nordean, Biggs, Rehl, Pezzola, and Tarrio have for weeks complained about the sheer volume of evidence they must go through to bring the case to trial.

Though Judge Kelly has been sympathetic, he recently ordered prosecutors to produce new evidence immediately to speed the process along. But with the committee now signaling that it will only share the documents under certain terms, questions remain over how much compromise will be involved.

PB defense atty: “The way the government is producing discovery is not workable in this universe where human beings are trying to do their best and it is not workable where we have defendants detained pretrial. It’s impossibly voluminous.”

During Wednesday’s hearing, Judge Kelly emphasized the need to keep the trial running apace once the jury is selected.

“We owe it to the jury and to all parties to keep going as hard as we can to get this done,” Kelly said.

Only Tarrio opposed the motion to delay the trial on Wednesday. He cited grievances with being unable to obtain an impartial jury no matter how much time was put between his trial in D.C. and the committee’s public hearings.

The January 6 committee will host its next hearing on June 23 at 3 PM ET. New hearings were announced on Wednesday for the coming weeks. They will begin in July but exact dates and times are to be announced.