Ruby Freeman and daughter Shaye Moss were defamed and berated. Trump, Giuliani are to blame 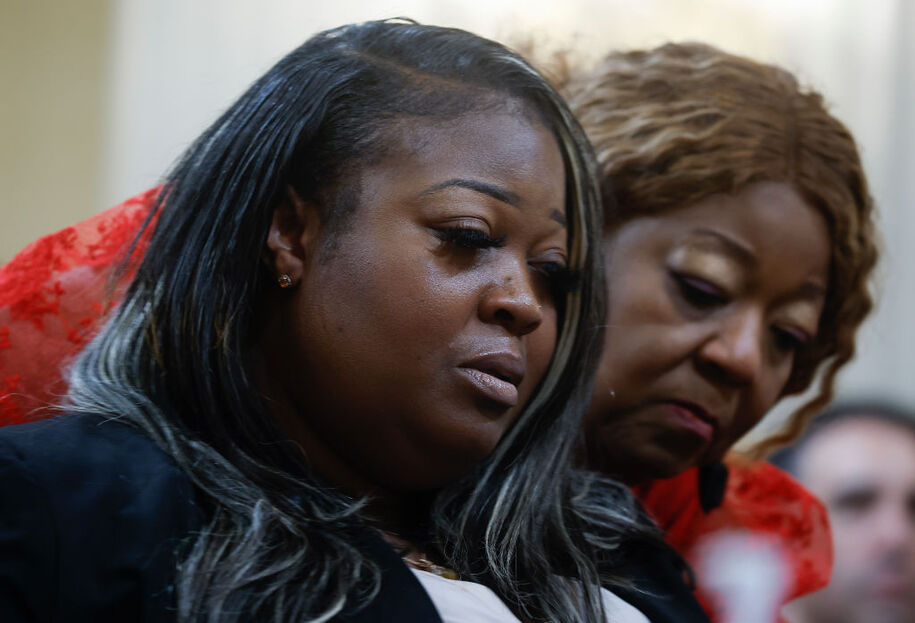 Appearing before the Jan. 6 committee Tuesday, Wandrea “Shaye” Moss and her mother Ruby Freeman gave some of the most powerful testimony to date. The two detailed the terror inflicted on them by a racist smear campaign led by former President Donald Trump and his top campaign attorney, Rudy Giuliani baselessly alleging wrongdoing by Fulton County election workers during the 2020 election.

The two Georgia election workers were driven from their homes, threatened on social media, and left feeling afraid to go out into public. Even Moss’ grandmother was caught up in the fray, menaced by Trump supporters and the web of lies created by Trump and Giuliani.

“It was just a lot of horrible things there,” Moss told the House select committee, adding that many of the social media comments directed at the women “were racist” and “hateful.”

Moss reported “a lot of threats wishing death upon me, telling me I’ll be in jail with my mother and saying things like, ‘Be glad it’s 2020 and not 1920,’” Moss said.

On an infamous call with Georgia Secretary of State Brad Raffensperger, Trump personally attacked Moss and Freeman, mentioning Freeman’s name in particular 18 times and calling her a “professional vote scammer and hustler,” recorded audio revealed during the hearing.

“Racist Terror” is how Dana Bash described what happened to Shaye and Lady Ruby. The media is stunned..I am not. We been knew how terrible and racist these people are. Maybe they will finally get (doubt it though) #January6thCommittee pic.twitter.com/wa39Df1907

Raffensperger, who’s been lauded as a hero, also testified Tuesday about that call with Trump, where the former president demanded that he “find” 11,780 votes.

But before we get too appreciative of the Republican secretary of state, let’s remember that he didn’t have any qualms about supporting a voter suppression bill in Georgia (SB 202) that attacks absentee voting and criminalizes Georgians for handing out water or food to residents waiting in line to vote.

Raffensperger and Sterling supported Georgia’s infamous voter suppression bill (SB 202) that was so bad that MLB moved its All-Star Game from Georgia over it.

CNN’s Jake Tapper compared Moss and Freeman’s story to that of Annie Lee Moss, an activist, community organizer, and government employee who became famous in 1954 after the late Sen. Joseph McCarthy and the late J. Edgar Hoover began to target and smear her with accusations of being a Soviet spy.

CNN’s @jaketapper examines and compares the false and racist smears made against two Black women who worked for the US government between the years 1954 and 2020. Watch here: pic.twitter.com/sYXLHLc5JX

One thing that didn’t come up in Tuesday’s testimony was that in addition to the more than 850 texts, calls, and visits to her home from outraged Trump supporters, according to reporting by Reuters, Kanye West’s publicist, Trevian Kutti, paid a visit to Freeman on Jan. 4 to deliver another message: She could confess to the alleged voter fraud she was accused of, or she’d be targeted with more visits to her home and she could go to jail.

As Daily Kos reported in December 2021, Kutti did not tell Freeman that she worked for the hip-hop billionaire and longtime Trump supporter; she only said she was sent by a “high-profile individual.” Kutti reportedly told Freeman she “was in danger” and had “48 hours” until “unknown subjects” would turn up at her home.

Over the next hour, Reuters reported, Kutti and a man on a phone Ruby Freeman initially identified as “Harrison Ford”—actually named Harrison Floyd, who Kutti says is a “Black crisis manager”—attempted to convince Freeman to incriminate herself in committing voter fraud in the 2020 election, even offering her an attorney, Freeman says.

“If you don’t tell everything,” Freeman remembers Kutti saying, “you’re going to jail.”

Growing suspicious, Freeman says she jumped up from her chair and told Kutti: “The devil is a liar,” before calling for an officer.

As Freeman told the House select committee Tuesday, an FBI agent came to her home and advised her to leave her home of 20 years in the days before the Jan. 6 insurrection.

“There is no permanent election worker or supervisor in that video that’s still there,” she replied.

And that is the outcome of the fake Big Lie that Trump, Giuliani, and all of their allies are responsible for. The biggest voter suppression campaign of all is making people like Moss and Freeman afraid to play their parts in the nation’s most essential aspect of democracy: our elections.

Without a doubt, history will remember Moss and Freeman as American heroes who simply wanted to do their jobs but were repaid for it by a vindictive, racist, power-hungry former president desperate to stay in office.

And for those of you who’re curious as to whether Moss and Freeman have sued: they have. The lawsuit was brought against Giuliani in May 2022.

“The lies about Plaintiffs have had prolonged and tragic consequences for their lives and well-being. As a result of Defendant Giuliani’s defamatory campaign, Ms. Freeman and Ms.Moss were subjected to an immediate onslaught of violent and racist threats and harassment, and such threats and harassment continue to appear online to this day. Their personal and professional reputations have been destroyed. From the period after Defendant Giuliani started broadcasting lies about them to the present, Ms. Freeman and Ms. Moss have feared for their physical safety and have suffered a devastating emotional toll,” according to the suit.