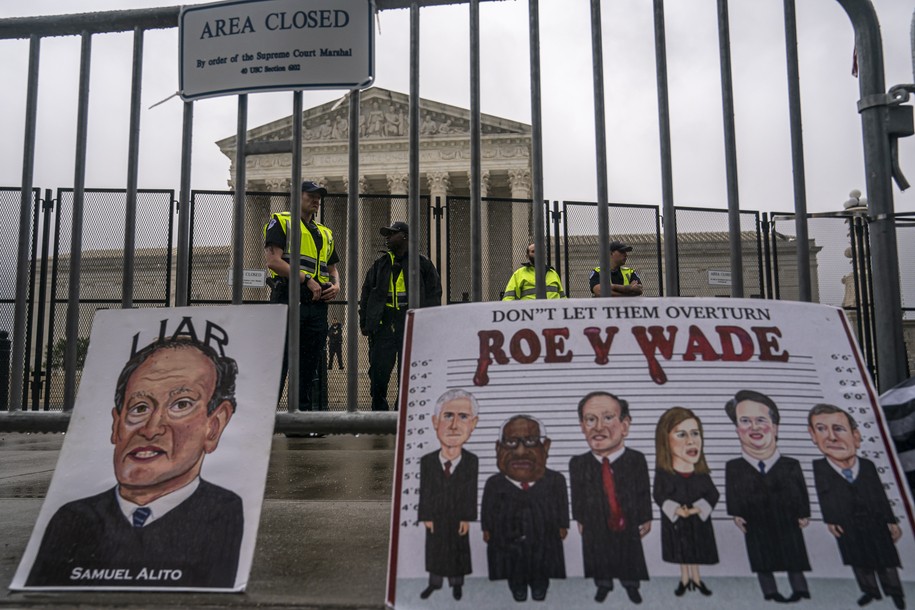 Keep Your Eyes on the Prize: Defeating Trumpism

The January 6th Committee is about more than Donald J. Trump.

Cassidy Hutchinson’s testimony centered on the malevolent conduct of Trump and Mark Meadows.

By contrast, some others in the White House—White House counsel Pat Cipollone, deputy chief of staff Tony Ornato, acting deputy attorney general Richard Donoghue, National Security Advisor Robert O’Brien—seemed to be somewhat more responsible in their efforts to stop the cascading violence at the Capitol.

But at the same time, what had these people been doing in Trump’s orbit in the months leading up to, and then following, the election. During this long interregnum, Trump actively and publicly promoted lies, incited violence, and laid the groundwork for the eventual coup attempt of Jan. 6th.

According to Hutchinson’s account, many in the White House on Jan. 6th were horrified by the violence at the Capitol. Yet most of these people seem to have been fine with—and even complicit in—the events leading up to this violence.

Based on two Secret Service sources, CNN reports that the story of an irate Trump demanding to be taken to the Capitol and even attempting to lunge for the steering wheel spread around the agency weeks after Jan. 6. One source said they heard it directly from the driver. pic.twitter.com/1dezTlkvvk

Back in April, a law enforcement source told me that they heard DC Metropolitan Police officers affiliated with the presidential motorcade share a story of Trump demanding to be drive to the Capitol and getting into an altercation with Secret Service on January 6.

The first step toward undoing a number of civil rights cases.

This past term the Supreme Court overturned Roe v. Wade (removing federal protections for abortion), allowed state tuition to go to religions schools and ruled that a public school football coach had a right to pray on the school’s football field

While these cases are extreme and violate precedent, many cases in the court’s history have privileged Christianity.

Christmas trees and other Christmas holiday decorations have been treated as “secular” celebrations of a national holiday. “Blue laws” that require businesses to be closed on Sunday are constitutional (they apparently somehow have a “secular” purpose because Christian practice is secular and neutral), but laws protecting the right to take off on the sabbath (you know for those pesky non-Christian people) are not.

Russian forces say they have withdrawn from Ukraine’s Snake Island, a highly contested speck of land in the Black Sea they captured shortly after the start of the war — presenting a small but strategic win for Ukraine on Thursday.https://t.co/7tph70aNmA

The Big Lie Is Just the Pretext

In 2022, the real danger isn’t just the crime or the coverup, it’s the acceptance.

We know that the nation can survive insurrections and even attempts at obstruction of justice. But can it survive a shrug?

Polls continue to show that the majority of Republican voters still believe the Big Lie, and support Trump.

So what happens if one of the nation’s two dominant political parties decides that it doesn’t care? And is rewarded by the voters for its cynicism and moral nihilism?

That the Russian military & its much-touted Black Sea Fleet couldn’t secure an island 170 miles from its homeport from a war-torn adversary with fixed-wing combat aircraft numbering in the dozens & no real operable Navy is an absolute stunning failure of massive proportions.

Twenty-two percent of U.S. adults name abortion or women’s rights in an open-ended question as one of up to five problems they want the government to work on, according to the poll from The Associated Press-NORC Center for Public Affairs Research. That’s more than doubled since December, when an AP-NORC poll found a notable uptick in mentions of abortion from years before, likely in anticipation of the Dobbs ruling on abortion.

The new poll, which included interviews conducted before and after the Supreme Court’s ruling, finds prioritization of the issues grew sharply following the decision.

While you were sleeping, Gov. Hochul … – Officially introduced the “Concealed Carry Improvement Act,” which lawmakers are expected to vote on today – Added a yet-to-be-printed constitutional amendment related to abortion to the agenda. Lawmakers due back at 9 a.m.

The Post reports that antiabortion groups and GOP legislators are working on new state initiatives to keep women who live in states where abortion is being outlawed from traveling to other states for abortion care. This is the hot topic at national antiabortion gatherings, and lawmakers are mulling bills experimenting with new legal weaponry. Some initiatives even target contraception.

Democrats need to step up and confront this new reality.

In the past, Republicans have been skilled at dreaming up all kinds of wild and hyperbolic ideas about the liberal position on abortion, and having everyone on their side repeat it endlessly. These days they all say, “Democrats want abortion legal up until the moment of birth!” which is not a thing.

Democrats need some of that same rhetorical focus. And there’s a whole lot to work with that is actually happening.

With SCOTUS taking up the independent state legislature doctrine, this raises the obvious question: What do you do when the Supreme Court gives up on political equality? You change the rules to stop relying on the courts. w/ @aziz_huq in @DemJournal https://t.co/9jn2UE6gBA pic.twitter.com/5TwwzjG1Kt

Ron DeSantis sees the Jan. 6 hearings as a way to get Trump indicted, report says, as rumors grow of a 2024 run

Trump told people he wanted to go to the Capitol for a dramatic, made-for-TV moment that could pressure Republicans to reject the election results. Some aides didn’t think he was serious. w/ @jdawsey1 @CarolLeonnig https://t.co/mhpk7w8n1j

Put a Fork in Donald Trump—the Ex-President Is Done

Mark it on your calendars. This was the week the meteoric political career of Donald Trump did what meteors often do and collided with planet Earth, leaving a large, ugly mark on the landscape.

The fact that Trump may soon announce his candidacy for the presidency in the days ahead is itself more of a sign of his political collapse than it is of any strength he may have. The first time he ran for president, he did it because he thought it would boost his brand. This time he is likely to do it because he thinks it may make him more difficult to prosecute. And because he can use it to mount one last big attempt to fleece his supporters.

The DCCC’s first ad buy of the cycle was about Jan. 6. Dems have been targeting “MAGA Republicans” for the last year and a half—the branding has just changed https://t.co/EskzqXG3Ja

Facing down the threats that the two men pose to democracy has become the defining challenge of Biden’s Presidency
As the events of 2022 have shown, Trump and Putin are enduring, existential threats of a nature and scale that have not simultaneously confronted any American leader at any time in the modern era. The internal U.S. catastrophe of Trump and the Trump-controlled G.O.P. is mirrored and magnified by the international disaster of Putin and Putinism. Both are rogue powers, determined to disrupt and destroy existing orders, and both are hostile to the basic tenets of democracy. Putin now compares himself openly to Peter the Great, waging a war of imperial conquest on his neighbors. Trump, as Hutchinson’s testimony and earlier revelations from the January 6th committee have shown, came far closer than many understand to succeeding in his effort to remain in power after losing the 2020 election.

In some ways, Biden has been clearer, sharper, and stronger in taking on Putin since the war in Ukraine started than in figuring out how to deal with Trump. A nato summit in Madrid this week was a reminder of this, a display of the remarkable transformation in the alliance which Putin’s war—and Biden’s pushback to it—have wrought. During Trump’s Presidency, nato itself was at risk. Trump not only declared it “obsolete” but came close to withdrawing the U.S. from it entirely, at a contentious 2018 summit days before his infamous Helsinki meeting with Putin. He spent years attacking nato allies while praising adversaries such as the Russian leader.

NATIONAL POLL: Democratic Primary/Caucus Voters: Should @JoeBiden be the Democratic nominee for president in 2024? 64% yes 36% nohttps://t.co/qVy6KPrgA5