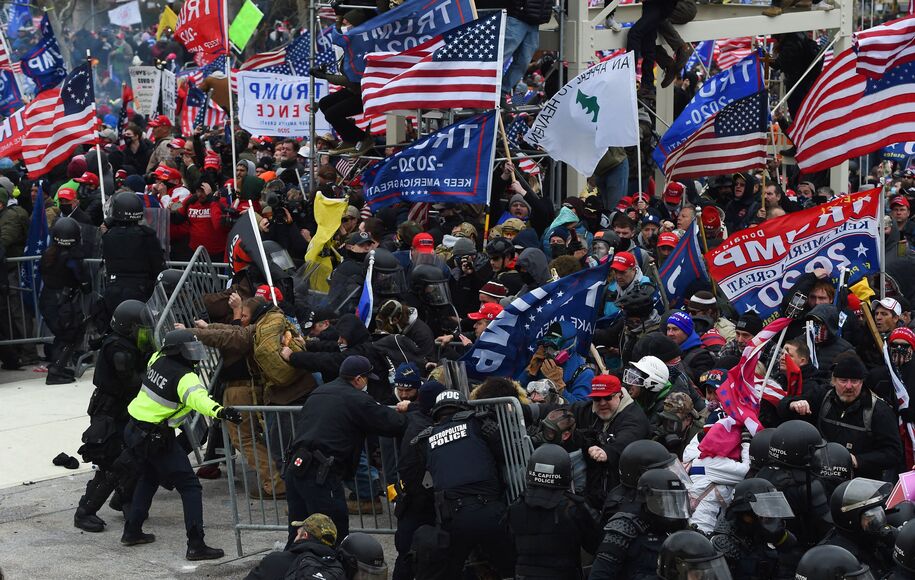 The House Democratic campaign arm is charting a course to hold Democrats’ slim majority in the lower chamber by targeting extremist Republicans on their support for Jan. 6 and criminalizing abortions.

It’s a little like the 2012 Todd Akin strategy on steroids. In 2012, then-Rep. Akin practically sunk himself in his bid to unseat then-Sen. Claire McCaskill of Missouri after suggesting that victims of “legitimate rape” rarely get pregnant. Now, the Democratic Congressional Campaign Committee (DCCC) is making a concerted effort to put GOP extremism on the ballot, branding Republican candidates more broadly as dangerous radicals.

“There’s all these dangerous people running under the new MAGA Republican brand. They’re going to pay a price for it,” Rep. Sean Patrick Maloney of New York, chair of the DCCC, told Politico. “We’re going to beat them over the head with that.”

Retiring Rep. John Yarmuth of Kentucky summed up the calculation this way: “If we win, it’s because we scared the crap out of people about the maniacs who will be in charge.”

The strategy is being targeted at a half dozen GOP candidates who have already made eyebrow-raising comments concerning abortion and Jan. 6, but the DCCC is also tracking more than a dozen Republicans who have questioned the outcome of the 2020 election.

In a leaked audio recording, Vega was recently heard downplaying the potential of a pregnancy resulting from rape. In the exchange, Vega was asked whether she’s heard that it’s “harder for a woman to get pregnant” if she’s been raped.

“Well, maybe because there’s so much going on in the body. I don’t know. I haven’t, you know, seen any studies,” Vega responded. “I can see why there is truth to that. It’s unfortunate.”

Spanberger called the remarks “devoid from reality,” while also noting that Vega has defended Jan. 6 attackers as a “group of Americans exercising their First Amendment rights.”

Reflecting on the comments, Spanberger wondered, “Can you rely on a person like that to fix real problems?”

Democrats are betting many suburban swing voters will be asking that very same question about Republicans.

“Swing voters are, by definition, reasonable people,” Maloney said. “MAGA Republicans’ obsession with ending abortion, ignoring Jan. 6 and ignoring violence in our schools is not going to sit well with the suburban swing voters they need to win the election.”

There’s already some data to back up Maloney’s contention. Several polls out this week found a 2- to 3-point uptick in support for Democrats in the congressional generic ballot. All of that movement came from shifting sentiment among independent voters.

Democrats are now aiming to build on the abortion ruling and the Jan. 6 hearings to amplify a broader narrative about a radicalized Republican Party.

In Wisconsin, they’re targeting GOP candidate Derrick Van Orden, a former Navy SEAL who is favored to flip a Democratic seat, for using old campaign funds to subsidize his trip to D.C. on Jan. 6.

Similarly, Ohio Air Force veteran JR Majewski raised $25,000 to help transport people to the Jan. 6 protest. He claims his group left before the violence began, but Democratic Rep. Marcy Kaptur is now running an ad that features photos of Majewski amid the Capitol mayhem.

Another good example comes from New Jersey Democratic Rep. Josh Gottheimer, who recently released an ad blasting his GOP opponent as an “extremist” for aligning himself with the domestic terrorist group the Oath Keepers.

Highlighting GOP extremism is a far more inspired strategy than obsessing about kitchen table issues, which frankly only reminds voters about inflation and the cost of gas. As Rep. Spanberger noted: Is it really possible for people who are so far removed from reality to solve America’s problems? Do voters really want to put Jan. 6 extremists in charge of a government they sought to overthrow through violent means? The obvious answer for any sane voter is: No.

It’s exactly the type of question Democrats want voters to be contemplating as they cast their votes this fall.