Sen. Raphael Warnock and Herschel Walker are finally going to face off for a debate 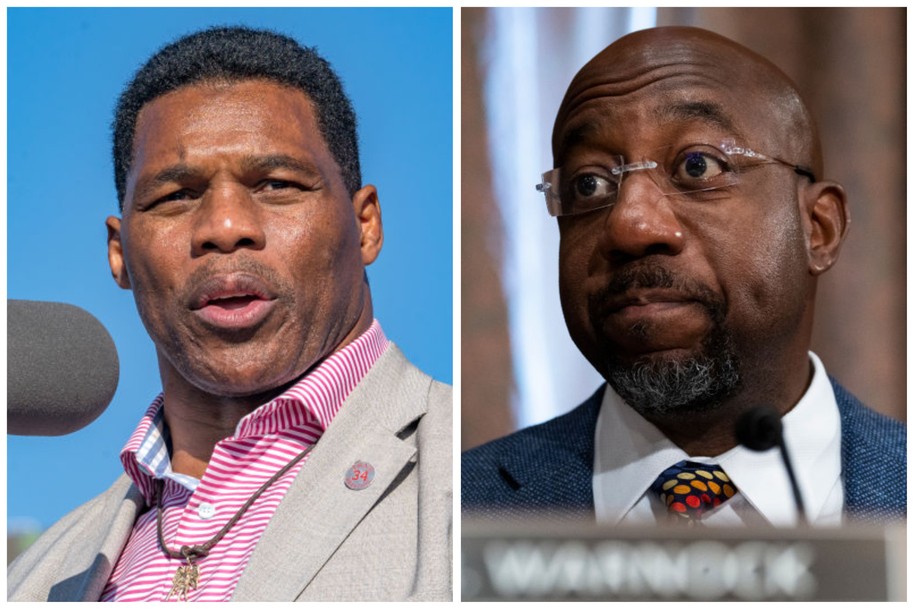 Republican Senate nominee Herschel Walker is a former running back, a Heisman Trophy winner, and a man who doesn’t believe in evolution. And he can’t seem to run fast enough away from a debate with Sen. Raphael Warnock. I mean, can you blame him?

Warnock ran a 30-second ad calling out Walker to “stop dodging” and “commit to debates.”

I wouldn’t want to have to defend how my COVID-19 spray works or why I hid from the public and my own campaign staff that I’d fathered three children. Or how I said I graduated from college but didn’t. Or certainly why I said I’d co-founded a veterans organization when I didn’t. Those are tough topics to debate with a sitting senator who also happens to be the senior pastor at the historic Ebenezer Baptist Church.

RELATED STORY: Herschel Walker is not an ethical person and he shouldn’t be running for Senate

But despite all of the bullshit he will have to defend if he actually shows up, Walker maintains he’s “ready for Senator Warnock.”

If Herschel Walker is so ready to debate, why hasn’t he agreed to any? pic.twitter.com/SxU65WHBbu

Tuesday, Walker accepted a debate with Warnock on Oct. 14 in Savannah, Georgia, The Hill reports.

“It will be his people because we’re in his backyard,” Walker told Fox News host Sean Hannity Tuesday. “The people need to see the differences between Sen. Warnock and Herschel Walker.”

Whether it’s because of the Warnock ad or because he’s slipping in the polls, Walker blustered to Hannity he wanted “Warnock to be ready.”

“Now he can quit talking and show the people that he can stand behind his words and show up for the debate,” he added.

Quentin Fulks, Warnock’s campaign manager, tells The Atlanta Journal-Constitution that the senator already accepted “three well-established Georgia debates” despite Walker’s claims that he was ready to debate “any day of the week.”

Fulks says, “Nothing has changed. Reverend Warnock remains committed to debating Herschel Walker and giving Georgians three opportunities to see the clear choice about who is ready to represent Georgia.”

Dodging debates is nothing new for Georgia’s cowardly Republican nominees. Walker refused to debate during the primaries in May, and in 2018, Gov. Brian Kemp refused a final debate with Democratic nominee Stacey Abrams.

According to The Black Wall Street Times, Walker is polling unfavorably among Georgia’s Black voters. Results found that 80% of Black voters plan to vote for Warnock. Walker has continually refused to accept the results of that poll.