Ukraine Update: Oh goodie, the Tankies are losing their minds over Pelosi and NATO 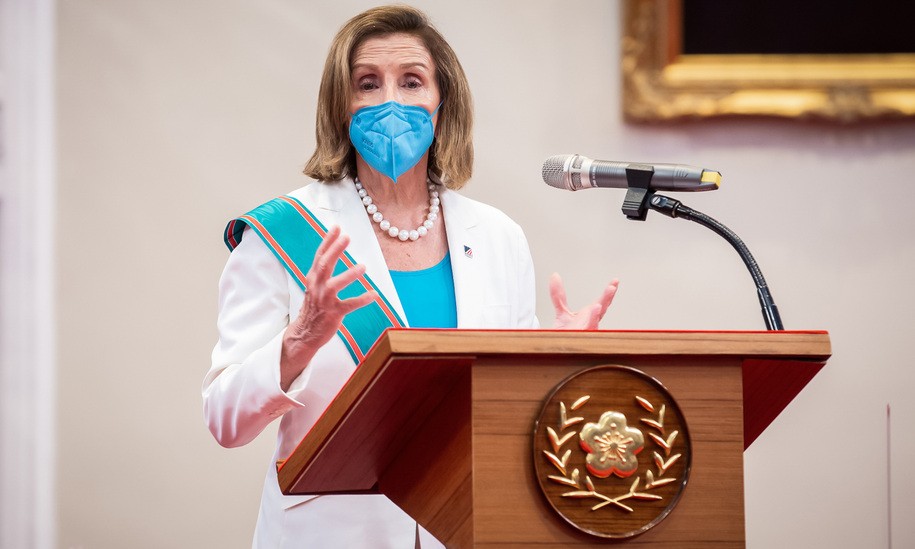 It’s always interesting peering into the Tankie alternate reality, so let’s check in this Saturday morning. For those of you who don’t know, the Tankies oppose American imperialism (so far so good), but think only America can be imperialist. It looks like this:

If you’re on the side of the US empire on any issue you are on the wrong side. Doesn’t mean the other side is always necessarily in the right, it just means a globe-spanning empire that’s held together by lies, murder and tyranny will always be in the wrong. Yes it’s that simple.

I’ve previously covered the Tankies here and here, and they are named after the leftists who defended the Soviet Union even after it used tanks to crush uprisings in Budapest and Prague.  In modern times, it ends up looking like this:

Noam Chomsky, in an interview this week, says “fortunately” there is “one Western statesman of stature” who is pushing for a diplomatic solution to the war in Ukraine rather than looking for ways to fuel and prolong it. “His name is Donald J. Trump,” Chomsky says. WATCH: pic.twitter.com/z3Cug8kFHS

Nancy Pelosi’s visit to Taiwan is quite simply war-mongering. The US is seriously escalating it’s aggression against China – a major threat to world peace. We need global cooperation NOT WAR! https://t.co/DgzgodcE2n

Merely showng up, in a civilian aircraft, while dozens of Chinese ships buzzed around, missiles flew over Taiwan, and entire sea and airspace around the island closed for “military exercises”—well, it’s the U.S. that is “escalating.” Now, if you’re wondering, “well, at least this Tankie must care about the freedoms of the people of Hong Kong?” Ha ha no

Absolutely absurd and offensive from the British Foreign Secretary. Breath-taking arrogance. Britain colonised Hong Kong. There was no “democracy” or respect for “human rights” in the 150 years of British colonial rule over Hong Kong. https://t.co/Iv3gzgNN6I

No one is defending Britain’s colonial past, the West has a putrid history in that regard. But remember, the Tankie doesn’t oppose all colonialism, just the Western kind. So it’s quite interesting that it was China that prevented Britain from transitioning Hong Kong to a full democracy.

In the 1960s and ’70s, when Britain considered introducing direct elections, Communist China squashed the idea, warning Britain to “preserve the colonial status of Hong Kong.” Direct elections were later allowed, but only for a limited number of seats in the local legislature in 1991, with the countdown ticking to Hong Kong’s return to China. The last British governor, Chris Patten, expanded the number of directly elected council seats, but an infuriated China considered that a breach of the handover agreement and immediately replaced that legislature with an appointed one after resuming sovereignty.

If you’re all-in on China being somehow the perfect society, you’ve gotta be able to brush off that pesky Uyghurs issue.

No “genocide” of the Uyghurs is taking place in China. Actually the opposite is happening. The Uyghur population has increased (they were not subject to the “one child policy”). No “cultural genocide” either. Xinjiang has 24,000 mosques, there are many Uyghur restaurants etc. https://t.co/reIAO2fETq

You can find a great deal of information on China’s dealing with Uyghurs, but here are primes from the Council of Foreign Relations and the BBC. It’s genocide.

But hey, the Tankies know who the real evils are:

If you’re wondering why Pelosi is “evil” for meeting with Dalai Lama, she goes on to call him a “slave owner and terrorist.” You know, because he advocates for independent for Tibet, and has murdered, let me do some math … carry the one … zero people in his dastardly quest for self-determination.

To all the conservatives who think Taiwan is a country & want war with China: You are doing Soros’ dirty work, congratulations.

I’m a Fascist but I support modern China. They fight against liberalism, LGBT propaganda for children, they allow net zero immigration. The Chinese corporatist system is very similar to the Italian one in the 1930s. CCP was evil when Mao was there. Not anymore.

They are also very anti-LGBT for some reason.

Meanwhile, the U.S. Senate voted to admit Finland and Sweden into NATO. That made the Tankies sad.

Compare Bernie and AOC to left leaders in other countries The Democratic Party is where movements go to die pic.twitter.com/p1AcBgcNEX

Bernie doesn’t even pretend any more to have anything resembling a left-wing foreign policy or any minimal divergence from the neocon-driven Dem Party’s foreign policy dogma. Opposing NATO expansion was long a mainstream liberal view. Now only Hawley & Paul will get near it: https://t.co/wRlafx8BJd

Honestly no clue what he’s talking about. In the 1998 expansion bringing Poland, Hungary, and the Czech Republican into NATO, liberal stalwart Dems. Barbara Boxer, Russ Feingold, Ted Kennedy, John Kerry, Carl Levin, Barb Mikulski, and Patty Murray all voted yes. (Interestingly, nine Republicans and 10 Democrats voted no, but they were mostly the party’s conservative wing, like Kent Conrad, Byron Dorgan, and Dale Bumpers. Paul Wellstone and Ron Wyden also voted no, so … it was complicated. But it certainly wasn’t some mainstream liberal positions.

Anyway, this about sums it up:

“While new long-range artillery from the West has been a huge boon for Ukraine in hitting Russian positions far from the front line, older equipment is also serving defenders well” – @RFERL https://t.co/weSSiBLEVp pic.twitter.com/nI2dTatrvV

Remember when Ukraine needed NATO-standard artillery because it was running out of Soviet-caliber ammo? There’s still plenty of that old stuff showing up in videos.

No new updates to report from the ground in Ukraine. I’m sure the situation on the ground is anything but quiet, but the zoomed out version shows no movement.

The Battle of Donbas is not over, but the war’s focus is already moving to the south. There’s momentum for Ukraine as Russia finds it hard to generate strong reserves within a reasonably short period of time.https://t.co/jx4D0dsFrB

Remember we don’t know what a “BTG” is in actual strength.

🧵I have done a new assessment of force RuAF distribution along the active frontline. I have come up with up to 120 BTGs in total including PMC and pro-ru militants. Troop distribution is still ongoing, so this will probably change. Read the tweet at the end before commenting. pic.twitter.com/y9lPSFWtg7

While the size of these BTGs is undefined, we can get a general idea of their concentrations. Out of 120 total in country, there are an estimated 22 around Kherson, 27 between the east bank of the Dnipro river and Melitopol, and 17 south of zaporizhzhia and southern Donbas. That is, about half of Russia’s forces are in the south. Only 17-20 remain around Izyum, which once hosted around 35-40 BTGs. Interesting that Defmon only estimates 13-15 BTGs around Donetsk city, since that is the one location where Russia is currently pushing hard.