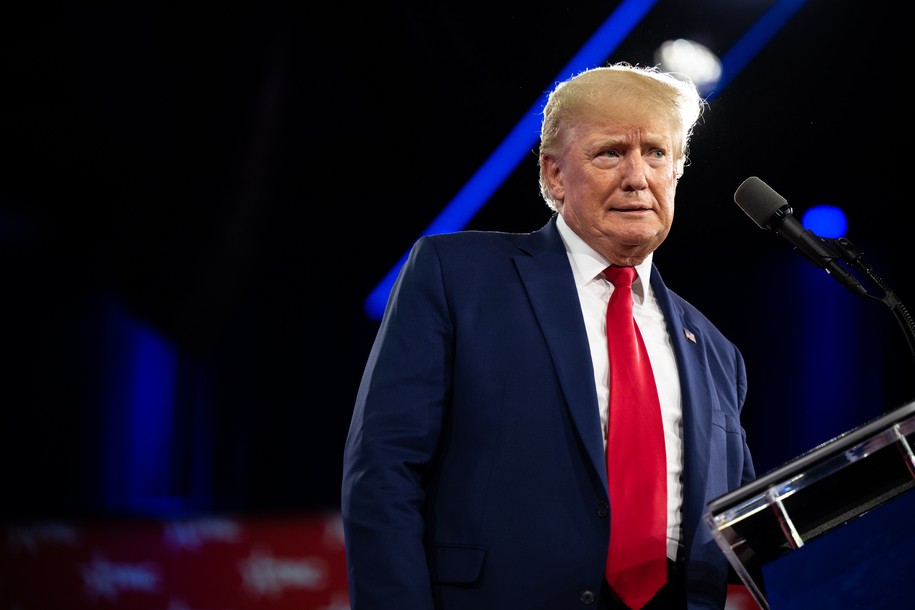 Former president Donald Trump has regularly rebuffed claims that he flushed presidential records down the toilet during his impeachment-marred time in office, but on Monday, two pictures emerged to undercut that claim.

The pictures were obtained by New York Times reporter Maggie Haberman and shared with Axios first. Haberman is promoting her upcoming book on the former president and his tumultuous time in office, Confidence Man: The Making of Donald Trump and the Breaking of America.

The images depict two open toilets where small piles of ripped-up paper—replete with what looks very much like Trump’s all-caps scrawl in permanent marker—sit waterlogged at the bottom. One of the piles features the plainly visible name of New York Republican Elise Stefanik, one of Trump’s most fervent defenders in Congress. The other visible name is “Rogers,” which could be a reference to Reps. Hal Rogers of Kentucky or Mike Rogers of Alabama, both allies of the former president, but it is not clear. In the other photo, the writing is illegible.

White House sources told Haberman that the photo with the illegible writing was taken at the White House. The other photo was reportedly snapped during a trip overseas. A spokesperson for Trump, Taylor Budowich, slammed Haberman’s pending book and dubbed the release of the photos as a “desperate” bid to boost sales. Budowich also suggested Haberman staged the photos.

It was in February when The New York Times first reported that White House staff sometimes found toilets clogged with wads of paper. The culprit was widely believed to be the former president, though he has resoundingly denied this and chalked up reports to “fake news.”

The destruction of records was a “periodic” occurrence, according to White House staffers interviewed by Haberman.

She told Axios: “That Mr. Trump was discarding documents this way was not widely known within the West Wing but some aides were aware of the habit, which he engaged in repeatedly.”

The Presidential Records Act demands officials preserve all records tied to their official duties, and that includes the president.