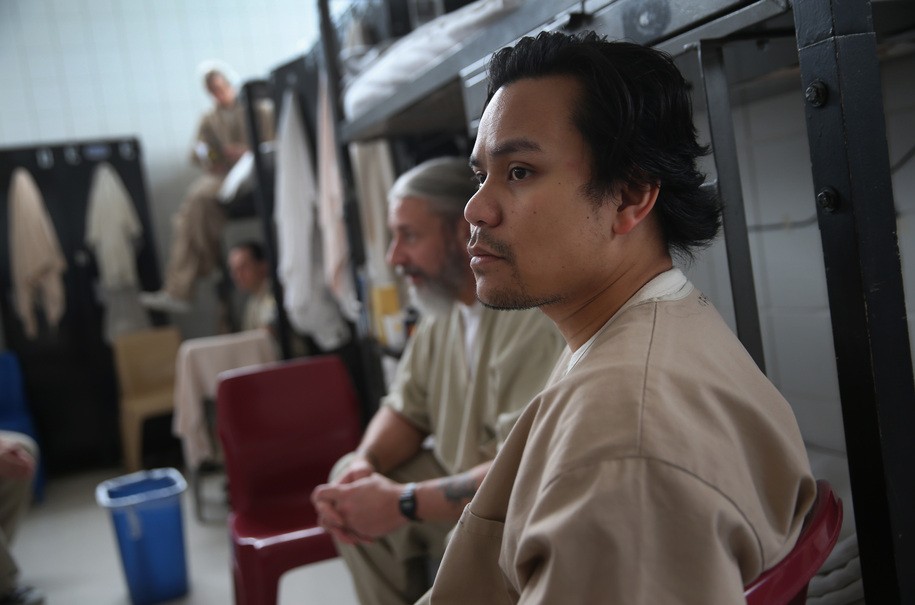 This article was originally published at Prism.

After the pandemic upended the economy, fears of a recession rippled across the country. Economists sounded the alarm, and elected officials like Sen. Elizabeth Warren have questioned the Federal Reserve’s interest rate hikes and their overwhelming burden on the working class. Inflation woes have already started affecting workers and small businesses in the U.S., and people of color will likely have it worse. Formerly incarcerated individuals, especially formerly incarcerated people of color, may experience this looming recession most harshly as they already struggle to find employment, housing, and educational opportunities.

The U.S. has the highest incarceration rate in the world, with over 2 million Americans locked up. Black, Indigenous, and other people of color and marginalized communities are overrepresented in these numbers despite being underrepresented in the overall population. For example, more than 75% of the U.S. population is white. Black people represent 12% of the nation’s population, but nearly 40% of incarcerated individuals are Black. Black people are disproportionately incarcerated at nearly five times the rate of white people, and Latinx people are also 1.3 times more likely to be incarcerated than whites.

BIPOC experience racism during their incarceration but also after they’re released, as they’re discriminated against on multiple grounds. “Formerly incarcerated people of color have a double stigma working against them,” said Tracy P. Williams, a formerly incarcerated 46-year-old. “People of color with no criminal background already have a difficult time getting employment despite their qualifications, so a person of color with a felony conviction finds it harder.”

This two-fold bias is perfectly illustrated in an Arizona State University study that found that white men with a criminal record had more positive responses from employers than Black men without a criminal record. Employers and managers often discriminate against BIPOC, and when they have a criminal record, pushing and keeping them out of the workplace becomes easier.

“We as a society give the impression that incarceration is your only punishment for a crime, but in reality, you can pay for it decades after sentencing and imprisonment,” said Candice Byrd, assistant director of Labyrinth Made Goods, an organization offering training, apprenticeships, and employment to incarcerated women. “This shows up in many different ways, like being denied housing, not being accepted for employment, eviction if you are in a residence, being fired if you are convicted during your employment, and more.

“If you have any drug conviction you can forget about applying for housing or public assistance through the state as you are automatically ineligible,” she added.

“The harms don’t just add together, they multiply,” said Chuck Warpehoski, program director of the Michigan Collaborative to End Mass Incarceration. “The job and housing discrimination make it hard to find well-paying, career-building jobs close to the housing that many formerly incarcerated people of color can find.”

That’s why formerly incarcerated individuals lag behind when trying to rebuild their lives. “With our current economy, [incarceration] would be enough to start people out at a significant disadvantage in being able to maintain bills, housing, food, and gas costs and access to basic needs,” said Renee Skedel, an Ohio-based therapist who has worked in local jails. “Adding and considering the influence of criminal history, potential racism, lowered skills that may have occurred as a result of not being able to train or learn while in jails or prisons, potential mental health results of incarceration, and other influences, a looming recession could leave people of color at a further disadvantage and several steps behind those who may be considered more ‘prime hiring material,’ so to say.”

Tracy experienced this himself when he was incarcerated as a 19-year-old and released 25 years later. “I felt like a man out of my time,” he said. “Technology was a big change for me as now everything was a username and password.”

Danny Jones, who worked at the Michigan Collaborative to End Mass Incarceration, had a similar experience when he was incarcerated at 17 and came out never having used a laptop. “He’s brilliant, but coming up to speed on digital literacy was a big challenge caused by the severe restrictions the Department of Corrections puts on technology access and digital literacy training,” Warpehoski said. This makes things worse as studies show that digital literacy can reduce recidivism in the long term.

A meta-analysis of 30 years’ worth of studies conducted by RAND shows formerly incarcerated people who received correctional education were 43% less likely to reoffend. Yet many individuals like Tracy and Danny don’t have access to these resources in the prison, so they’re not job-ready when they come out after several years of incarceration.

“When one has spent years out of the job market, they begin to lose skills that are necessary to land a job, including social skills, communication abilities, and how to dress appropriately for different scenarios,” said Rodney Williams, co-founder and president of SoLo Funds, a company offering emergency cash to people in need. “The financial system today is rife with roadblocks in place that not only hold formerly incarcerated people of color back from success but perpetuate the cycle of debt that plagues so many Americans.”

Discrimination, biases, and a lack of educational support for incarcerated people mean that they often have to work low-wage jobs to survive. “Because of this, we often have to settle for whatever we can get,” said 44-year-old Saad M. Soliman, who was incarcerated several times since he was 11. But these can cause more harm, adversely affecting their mental and physical health, as they experience discrimination and over-cautiousness at work. “You have a probation officer breathing down your neck, you have financial pressures coming from every angle—court costs, fines, restitution, living costs, etc.,” he added. “There’s no time to waste, so you take the first job offered.”

A system that is ‘designed to fail’

With formerly incarcerated people of color already struggling to make ends meet, the recession may completely collapse their ability to make a living. “Because they don’t have access to sustainable employment and typically work in minimum-wage positions, they also have the least to start with and little ability to absorb the rising costs,” Byrd said.

“The system is designed to fail,” said Jarrett M. Adams, a formerly incarcerated defense and civil rights attorney, author, and founder of Life After Justice, which offers wrongly convicted individuals legal, financial, and mental health help. “People of color are released only to be reincarcerated at a higher rate than any other population of prisoners.”

“Our community is seldom educated on the rights and laws meant to protect us, and even then, after finding the law, the protection, who has the time or resources to pursue such?” said Soliman. “When you think about that, it screams help! We need to help; we need to fight for changes.”

While organizations like these are becoming a priceless resource for formerly incarcerated people of color, there’s a lot more work yet to be done. As Tracy said, “We are doing a better job, but many issues still need to be addressed to close the gap.”

Sakshi Udavant is a freelance journalist and content writer with an academic background in psychology. She covers social issues, technology, mental health, and well-being for titles like Business Insider, Digital Trends, NextCity, The Independent and others. Follow her updates on Twitter at @TheWriterLuna

Prism is an independent and nonprofit newsroom led by journalists of color. Our in-depth and thought-provoking journalism reflects the lived experiences of people most impacted by injustice. We tell stories from the ground up to disrupt harmful narratives, and to inform movements for justice. Sign up for our newsletter to get our stories in your inbox, and follow us on Twitter, Facebook, and Instagram.