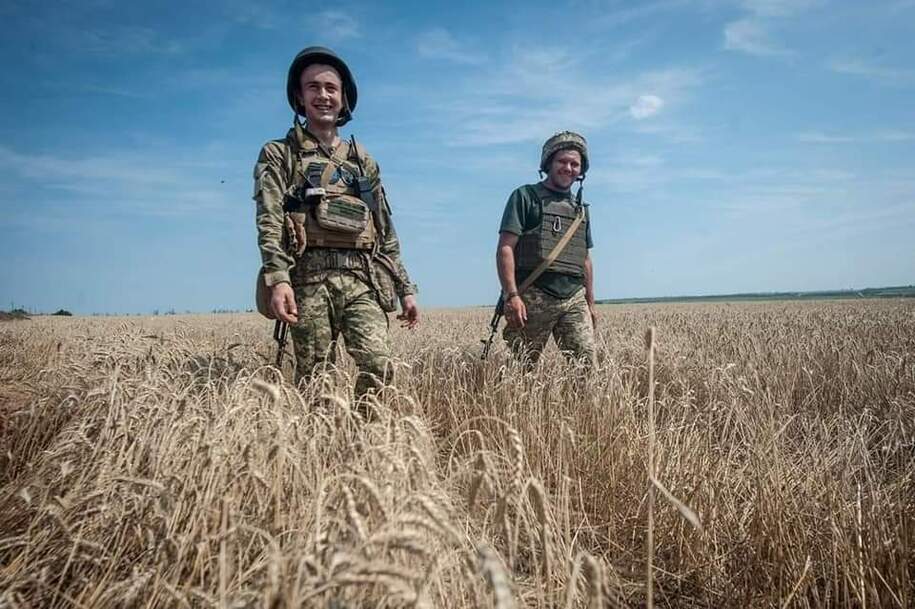 Russia continues to flood forces into the Kherson area in response to Ukraine’s repeated declarations that it is just this close from launching its long-expected counter-offensive to retake its land. The whole situation continues to have the feel of a trap as Ukraine systematically eliminates ammunition depots and supply routes into the region.

New pic showing the damaged bridge at Nova Kakhovka (via @bayraktar_1love). One of the supporting piers is badly damaged & round concrete tubs appear to have placed to block off this section. Damage on southern end, as industrial site (red) can be seen in the distance. #Ukraine https://t.co/fyPS9s7BaO pic.twitter.com/NFbUHtNtIL

This now means that both supply routes into the west side of the Dnipro river in the Kherson region are now blown.

Only two bridges connect Kherson and all that red territory to the north of the Dnipro river. The Antonovsky bridge near Kherson (which remains inoperable), and the bridge at Nova Kakhovka. This is why the betrayal at the beginning of the war was so painful—all Ukraine had to do was blow both bridges and Russia would’ve never been able to take Kherson. Local government officials conspired with Russians to sabotage the city’s defense, and countless lives have been lost as a result, and countless more will do so in the months ahead.

Ukraine has also begun hitting the two bridges connecting Crimea (the purple at the bottom of the map) with Kherson oblast. Cutting off Melitopol from the south will be critical to retaking that city. Russia can barge some supplies across the Dnipro, as well as helicopter stuff over, but their insatiable artillery can’t be fed by barges and aircraft. And Ukraine’s degradation of Russia’s air defenses means Ukrainian aircraft can better engage moving target—those barges and supply helicopters.

Russia isn’t surrendering that territory without a fight, but … its generals may have lost their appetite for being on the wrong side of the Dnipro.

The rats are leaving the ship in Kherson region. “The entire leadership of the occupiers is being evacuated to the Dnipro – the head of Mykolaiv OVA Vitaly Kim.”https://t.co/mf85dWHJNZ pic.twitter.com/jwCaw4Xx0N

This could obviously be propaganda, but several Russian generals and other high command have already bit the dust in this region, particularly at Kherson’s airport at Chernobaivka. If true, it could certainly be a sign that Russian high command expects Ukrainian forces to advance.

Some odds and ends, this is a great thread: Russians don’t care about dead Ukrainians or dead fellow Russian soldiers. They don’t even care about starvation out in the hinterlands. What do they care about? Having several varieties of yogurt available at the supermarket:

Most foreigners don’t read Russian and are thus unfamiliar with the Russian internal discourse. Let me give you a single but illustrative example Russian discourse is largely centred around how much our consumption standards have fallen or will fall. And nothing else matters pic.twitter.com/MFCyx6DO1a

This one is so fantastical, it can’t possibly be true:

I am sorry, I cannot stop laughing. My sides hurt. pic.twitter.com/wueQ8urOO5

Igor Strelkov is the war criminal who led Donbas forces in the 2014 war. He also has a regular Telegram podcast (or whatever it is they call it) where he rails against the incompetence of the Russian war effort. His doomcasting is incredibly entertaining, so I’m really hoping this isn’t legit, and that he will continue to entertain us with his coverage of the war.

Less than a month ago we published the investigation proving, via pure deduction, that in 2014 – 2016 period Girkin used  FSB-issued passports under the fake identity of Runov. https://t.co/W9jZ7yJBTB. Well guess what.  He apparently continued using it. pic.twitter.com/4Cc2bYS3y0

Russia begins repairing the Antonovsky bridge, for some bizarre reason, and Ukraine just smashes it again.

If you’re wondering why there are explosions in the air, the Russian propagandists will tell you that they are intercepting HIMARS rockets. The reality? Russia is attempting a WWII tactic—trying to take out air targets using timed fuses and flak.

The first 4 seconds of this video of a russian attempt to intercept GMLRS rockets hitting the Antonovsky Bridge are revealing: 1) three russian air defense missiles rise & detonate in the same area, which means the russian air defense operators fired 1/4pic.twitter.com/MIhzwIXYT1

Russia has no way to intercept HIMARS rockets.