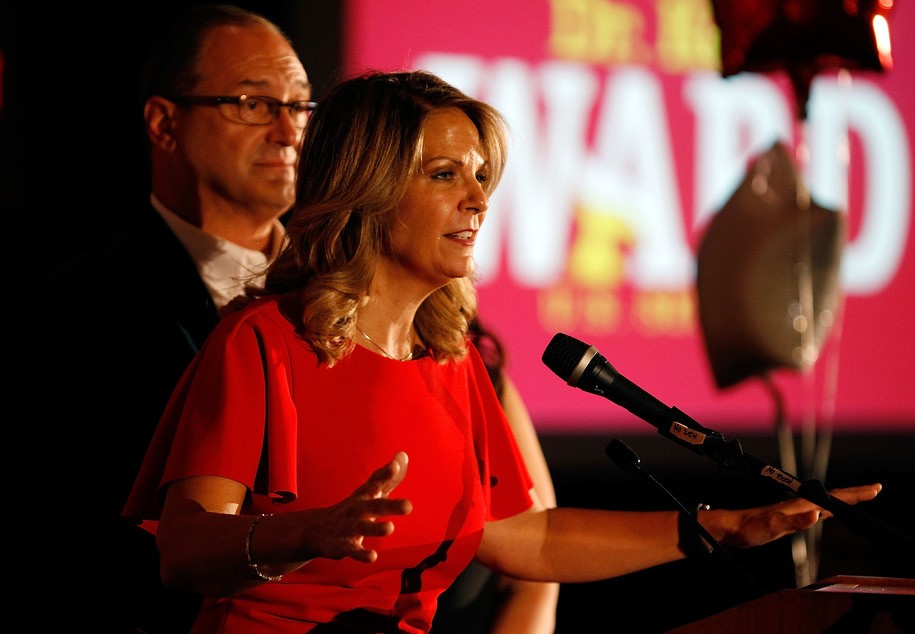 Kelli Ward, the chairwoman of the Arizona Republican Party who led a bid to submit fake electors in her state, has lost her fight in court—for now—to stop a review of her cell phone records by the Select Committee Investigating the Jan. 6 Attack on the U.S. Capitol.

When the Arizona GOP chair initially sued to stop the subpoena in February, she claimed the request violated her First Amendment and 14th Amendment rights. Seeking to quash it altogether, she also challenged whether the committee was legitimate and insisted that the congressional panel was only formed so it could “harass and threaten” plaintiffs like her, her husband Mike Ward, and other supporters of former President Donald Trump.

The argument against the panel’s legitimacy has been advanced by many of Trump’s allies but it has not yet succeeded.

In the 18-page ruling, Humetewa notes this point, saying that the committee’s investigation into Jan. 6 is valid and with legal precedent already established—thanks to Trump v. Thompson and RNC v. Pelosi, to name a few.

It is a “formidable bar” Ward would need to overcome to prove that the select committee is illegitimate. It would be harder still, the judge found, to prove her claim that the committee was actively harassing her, Humetewa wrote.

When she first sued, Ward cited U.S. Deputy Attorney General Lisa Monaco, who had said that the Jan. 6 probe’s investigation “concerned whether a crime was committed by sending fake elector slates declaring former President Donald Trump the winner of states he lost.”

Ward thinly argued that this statement from Monaco proved the committee was illegitimate because it was well-established on the public record already that “competing slates” for Trump were sent by electors for Arizona.

Ward Motion to Quash Denied by Daily Kos on Scribd

Beyond noting that Monaco’s statements were irrelevant since Monaco wasn’t a party to the lawsuit or on the committee, Humetewa reminded Ward that the D.C. Circuit has already determined the probe’s conduct isn’t considered “improper” and that “the mere prospect that misconduct might be exposed does not make the committee’s request prosecutorial.”

It was obvious, the judge ruled, that the committee’s request was valid.

When the committee came for the T-Mobile records, it also sought production of phone records from Mole Medical Services, the company Ward runs with her husband and fellow osteopath Michael Ward. The Republican chairwoman argued this was a gross violation of her patients’ rights and would expose their personal health information.

The judge disagreed that the phone logs would expose her patients’ personal health information but encouraged Ward to consider getting a protective order that could shroud more sensitive data as T-Mobile complies.

Ward was among some of Trump’s loudest supporters in the 2020 election and a constant purveyor of his conspiracy theories about widespread voter fraud. She was also instrumental in setting up fake electors for Trump in Arizona.

The state party leader has argued that the fake electors were actually valid so-called “alternate” objectors and that she only submitted the pro-Trump slate to Congress just in case Trump won any of his many lawsuits challenging the election results.

Arizona was just one of seven battleground states where fake electors were put forward by Trump’s allies ahead of the insurrection.

The Department of Justice has been investigating this matter for months and along the way, it has issued grand jury subpoenas to key figures.

Ward, her husband, the chair of the Georgia GOP David Shafer, and Trump’s personal attorneys and advisers like Rudy Giuliani, Boris Epshteyn, and John Eastman have all reportedly received grand jury subpoenas tied to the fake elector investigation. So too has Bernie Kerik, a former New York City police commissioner who worked closely with Giuliani.

FBI agents notably seized the phone of Michael McDonald, the Nevada GOP chairman, this June, and in Georgia, the Fulton County District Attorney’s office under Fani Willis opened a special grand jury. That investigation is not limited to fake electors but also encompasses Trump’s attempts to interfere with the state’s election overall. Trump’s former attorney Sidney Powell, in fact, was meant to appear for scheduled testimony in Georgia on Thursday but was a no-show.

The fake elector investigation at the department is reportedly being overseen by Assistant U.S. Attorney Thomas Windom.